I was part of an entourage that spent a day in Vicenza touring the then-new Campagnolo factory, followed by an afternoon at the home of Tullio and Valentino. A busload of North Americans, in Milan for the trade show, was driven out to the East End. We were back at our respective pensiones by bed check. It was like taking the jitney to The Hamptons, but the pasta was domestic not imported.

The morning was a bit dull. It’s one thing to love anything Campagnolo. But when you see 400 hubs in a bin waiting to be drilled, or watching workers align chainrings using the ‘hit it with a mallet’ technique, some luster is lost.

The afternoon was like a Bar Mitzvah, a wedding, and getting past the velvet rope at Studio 54 all rolled up in one. After a guided walk around the estate, we sat down to eat. My dining partner was Sal Corso from Stuyvesant Importers, as well as the retail store which had various locations before landing next door to The Old Homestead.

I knew Sal from the old neighborhood. During dinner, he said (gesturing with his arms, as if taking the entire party and sweeping it into a basket), “This used to be mine. All of it. And mark my words, it will be mine again.”

Sal used to be Ground Zero for all things Campagnolo. Of course, there were some “Sals” in other parts of the country too. These were the cats that took what was a European pastime and planted it firmly into the American psyche. His comment? Sal was upset that a new breed of entrepreneur found his beautiful well and started bottling it for the money rather than for the passion. I couldn’t blame him one bit atmo. 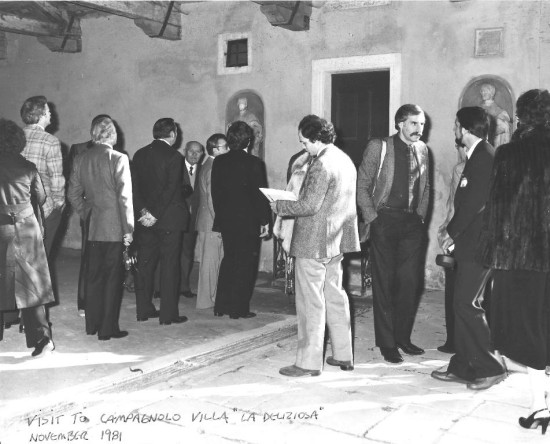