There were more than a few bicycle related periodicals in the 1980s, Cyclist Magazine among them. A pal, John Campbell, was an editor there. Before that, he sold me advertising space at Winning – Bicycle Racing Illustrated. As reps and clients go, we gelled. I trusted John’s judgement regarding insertion frequency, content, and which months were a bust – these were the issues I’d sit out.

When his turn at the new magazine began, John made the effort to include the handmade framebuilding community whose seeds were planted just a decade before. Each issue had a single full page dedicated to what we were doing. This tear sheet from 1985 is an early example of me having an opinion. It would be at least another 10 years before I’d learn the difference between “insure” and “ensure”, and when to use each word.

The image shows me at the bench of my Spring Street studio, which overlooked Spring Street. The little guy on my vice anvil was my first and only assistant. He would be my last one, too. A lack of focus, coupled with the inability to lower his arms, would be the deal breaker. A year later he reinvented himself, became the face of my brand, and appeared regularly in my brochures as well as in a series of late night ads I ran on public access television.
. 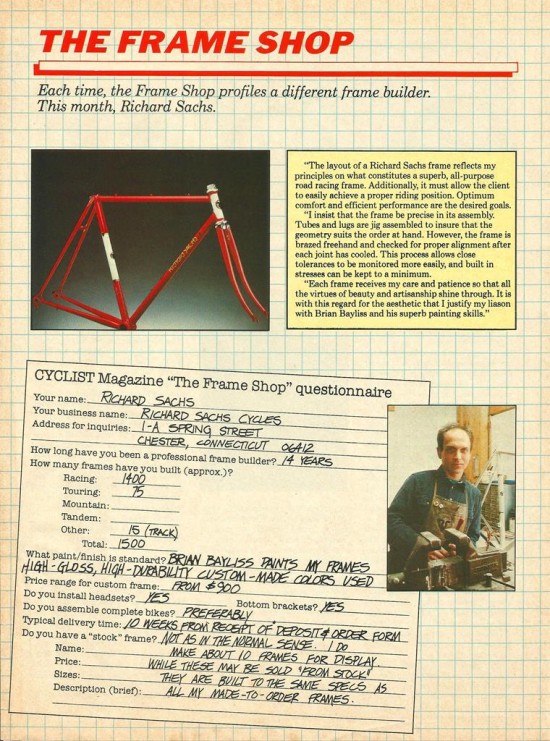