There’s this precious scene from The Wonder Years when young Kevin, curious about Winnie’s interests in another, asks if she likes the boy. She replies to Kevin, “Do you mean do I ‘like him’ like him, or do I just like him?”

In 1979, I “just knew” Leonard Nitz. At that point in his long career on road and track, he was hard not to know. But I didn’t “know him” know him. That changed when Len Preheim of Toga Bicycles, acting on my behalf as a frame supplier to his store as well as a sponsor of his NYC based team, created an arranged marriage, linking a nationally renowned athlete (Nitz) with an equipment supplier (me).

The agreement between Len and Leonard was drafted without my knowledge, yet when I saw it I understood why it was important to set boundaries. The three of us were taking a chance on each other, with lots at stake. Nitz raced at the highest level, and needed assurance that his equipment needs would be taken care of. I did my job. And he did his. The affair lasted two seasons during which time we got to know each other very well. Then the three of us moved on.
. 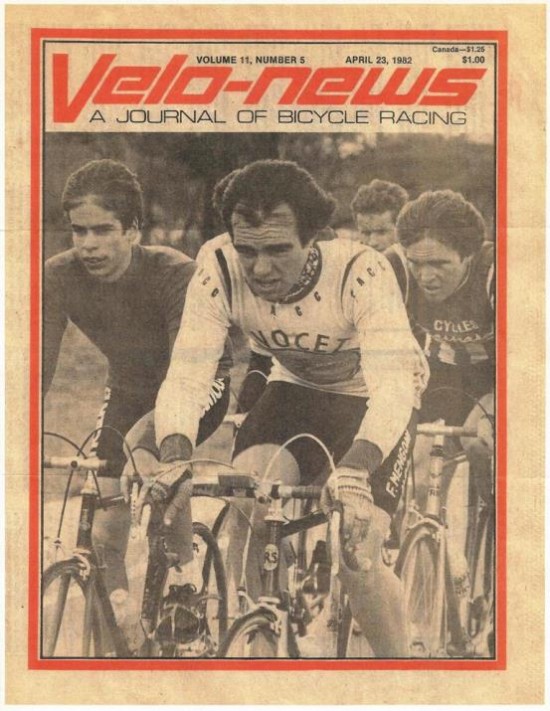 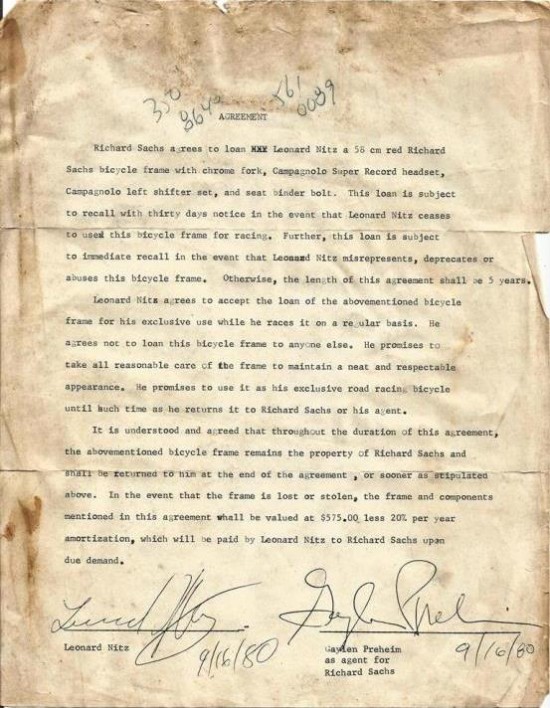