This is a story written in 1992 for the Bridgestone Catalog, the famous and iconic annual gift given back to cycling enthusiasts by Grant Petersen. I had the good fortune to be a pal and admirer of GP, and believed that the kinds of bicycles he wanted to spec for the masses were similar to what I’d make if (IF) I was Richard Sachs Cycles International Worldwide Inc & Sons Ltd. But I wasn’t.

The synergy we had led to my being asked to contribute several articles based on my experiences in the hand-made sector. I focused on lugs and fork crowns in different years and issues. The fork crown text was presented several different ways, and a short version made it into an early 1990s catalog.

And then, as the decade continued, there was this “Write like Maynard” contest in VeloNews. First prize was a Merlin Newsboy. So in 1995 I revisited the words, channeled my inner Hershon, and submitted these pages. No one except Maynard can write like Maynard, but someone (else) won the bicycle.

Other iterations of the story live on my site. The salient message remains that I watched my trade change before my very eyes and no longer thought of it as a place I wanted to be. The fork crown was a metaphor. That was then atmo.
. 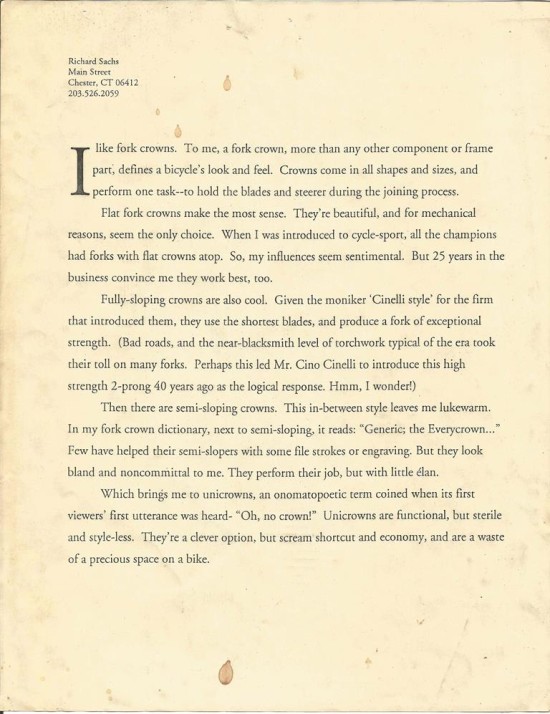 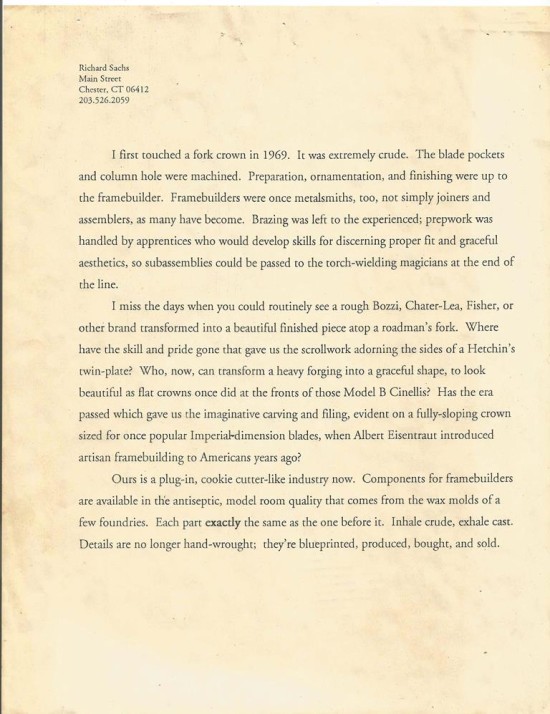