I can’t let the month end without tossing this one out again. A quarter century ago, and almost to the day, this arrived in my mailbox. It’s the actual June 1990 Bicycle Guide that Enza, the Postmistress in Chester, slid though the back side of Box 194. The combination then was a few right turns to G, then a full left back to C, followed by a two clockwise turns until the pointer was between I and J. I turned the dial, grabbed the mail, and plotzed.

Michael Furman and Christopher Koch produced the cover story. They came to town that winter and spent a long weekend in the studio with me. The two men observed. One shot images. One took notes. Mike and Chris got me, as in they “got me”, and in a way few have before or since. After two days of intense fussing, rearranging, and interviewing me for material, they left. It was then I remember feeling a calm that only silence can bring.

Being alone is something I’m used to. It’s the way my time passes, it’s how work gets done, and how I find balance. But some twenty five years ago I broke routine, had others in my personal space, and was given this lasting gift. Thank you, Michael and Christopher. 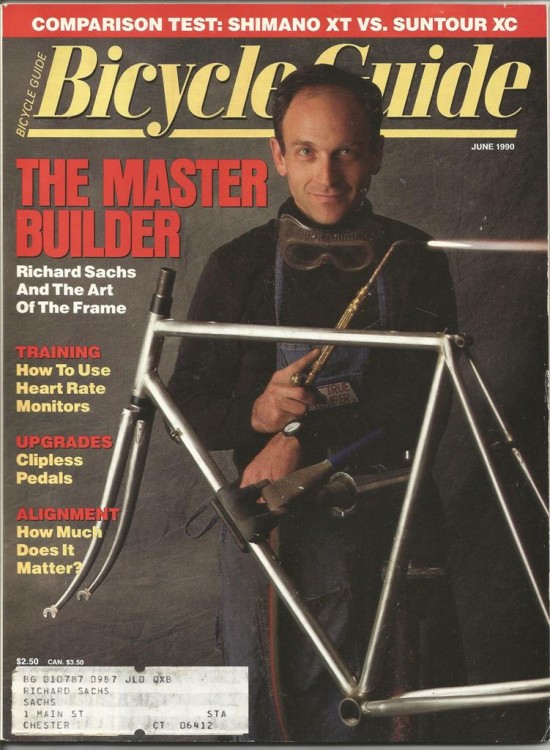