I used to get many letters (remember letters?) like this one from 1980. And I answered them all. Some exchanges led to friendships that lasted, and others ended up in the ether – long before that was even possible atmo. A few people even entered the trade for a while. But that was rare. My point of view then was the same as it is now: the workroom of an independent framebuilder isn’t the place to learn what goes where. The economy of scale, and the rate at which things are made, simply are too small. It may be possible to “show” someone what you’re doing, but it’s very difficult to “teach” it. I’m long on suggesting that one works in production, or at job shops, or at some subcontractor’s factory to get a taste of the many individual tasks that make up the whole. Get it drilled in by way of repetition and routine. Many don’t want to hear that because the faster one can call himself a framebuilder, the sooner he can blog about it and start taking orders.
. 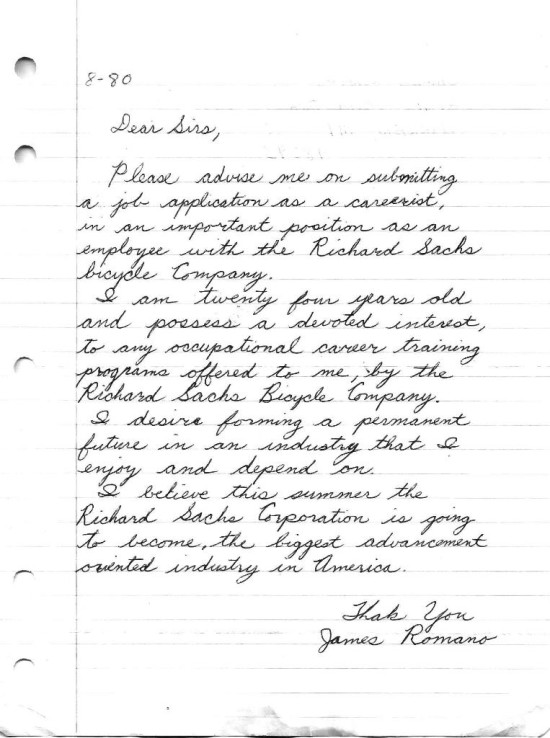