Here’s an old letter from Yoshi Konno, maker of 3Rensho frames in Japan. We met in 1980 at the International Cycle Show that used to occur each February at The Coliseum at Columbus Circle, and had our own little mutual admiration society thing going on from day one. At the time, we were both making frames in a similar style that could be best described (using the lens of 35 years of hindsight…) as Italian, but with attention to detail. I’m sure to get a public hanging for that characterization, but wtf atmo. Anyway, the note is about his linking me with Ishiwata so that I could import and distribute the tubing in the USA. Nothing came of it because I lacked the ambition and foresight to think outside of the little box I was living in. Data point: That vow of poverty crap is overrated; I eventually got a bigger box, a much bigger box.

I’m also happy to add that Mr. Konno’s son, Shin-ichi – maker of CHERUBIM frames – is now a colleague of mine. Six degrees of Kevin Bacon, and all that.
. 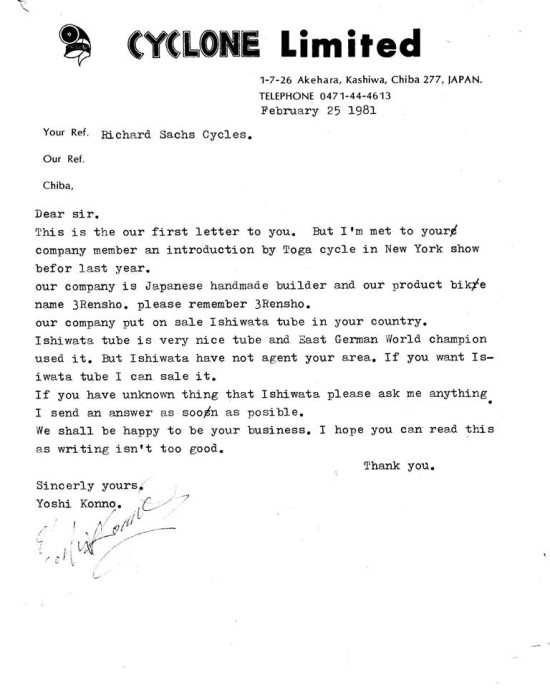