I started my business in the summer of ’75. No, this isn’t a Bryan Adams lyric I’m channeling. From the get-go I was hustling through nearly four frames a week. I did one a day, and then four forks on Friday. Mind you, back then I had more drive, knew less, and also was in the shop on weekends too. When time permitted, I took in repairs such as those shown in the invoice below.

You can tell from the graphic that in January 1976 my stationery had finally arrived and the RS corporate identity program was in full swing. I wanted everything I touched to reek of the maker’s hand. To be an extension of my heart and creative side. Anything that came from me to a client, or even to an inquirer, should be something they’d want to save and treasure forever. I’m sure Gene Dixon still has the original of the scan below. I’d be disappointed to know otherwise. The details are in the details.

If one looks closely, it’s clear from the rates listed that these were different times. I mean, replacing the front end and then some of a Colnago Super and charging $50 labor? And painting frames for – YIKES – close to $35? I must have made money; I just know how I did it. The words “Top Ramen” never appeared on any of my shopping lists. Different times, huh. 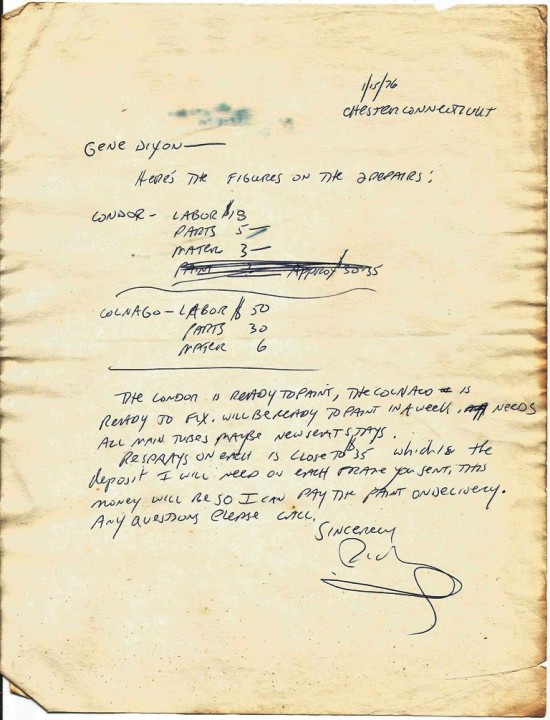