I didn’t go to England to learn a trade, or because I wanted to be a framebuilder. And there was no way to prepare for the ordeal. I had no idea what to expect. I knew a bit about bicycles, but wasn’t a geek about them. Same with the sport; I followed some headliners but cared precious little about the second tier. What would I walk into when the taxi left me off at Witcomb Lightweight Cycles, me all anxious and tired from my first international flight?

I’d planned to stay seven months or until my money ran out. It lasted almost a year. I wanted to fit in, not be a pestering American. I didn’t know anything about the trade and had nothing in common the folks I’d be sharing personal space with for a very long time. We get the adventure we deserve, or some such nonsense.

The man in one picture is Jim Collier. He stood two benches from me while I was abroad. Jim was a journeyman framebuilder who spent his life making bicycles that had other people’s names on them. He’d worked at Claud Butler’s. He built frames for A. S. Gillott’s. He taught Ron Cooper his trade. I had the good fortune to hear his file strokes, watch his joints being brazed, and listen to his stories until the day I flew home.

In the other picture is me, the eighteen year old boy. I did my ever loving best to leave my bourgeois baggage at JFK, assimilate into my new routine, and make every effort to absorb the experience. It sinks in deeper with each passing day. 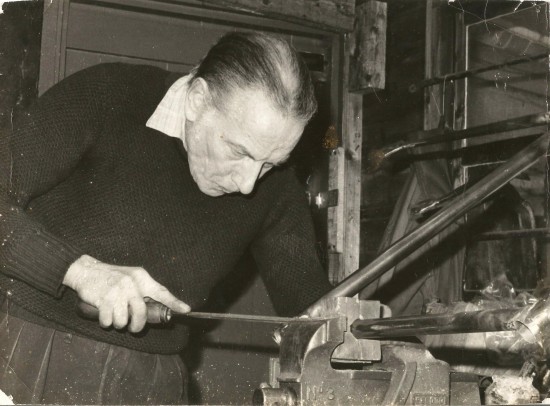 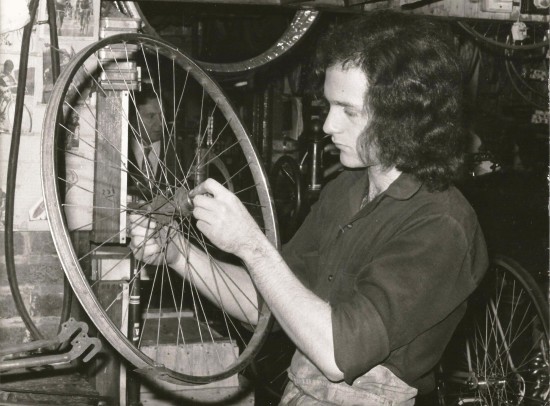