In 1985 I began using tubing made in Mississippi (the one in America). A man named Steve Bussman was barnstorming the east coast showing framebuilders material made by True Temper, the company he worked for. The story goes; they found a butting machine in the one of their plants, most likely a cast-off from the golf shaft division. Someone mentioned that bicycle tubes are butted. And the engineers were off to the races trying to eke more profits from the unused tool.

From day one, I thought the RC tube set was very good. It checked all the boxes for quality finish and linearity, and the Made in USA tangent was a positive. I became a full time user immediately. And with some persuasion on my part, I convinced the suits at the home office in Memphis that my racing team could be their perfect marketing tool. With no background in the industry or sport, True Temper needed help making inroads. We became their first brand ambassadors.

As time passed, the firm added to the menu. It bought its way into the upper echelon of the sport by way of its liaison with the 7-Eleven Team , and also spent heavily to become a corporate partner with the USAC. Then salesmen came and left, the company was sold several times (from Allegheny International to Emhart Corporation then to Black & Decker) and the good vibe I had from that initial hookup with Bussman faded. By 1990 I was done with the doublespeak and corporate culture as moving target.

I went to the well to help make these American made pipes a household name. For three seasons, my team bled for True Temper and the results were indisputable. But nothing replaces the personal touch. By the end it was nowhere to be found. 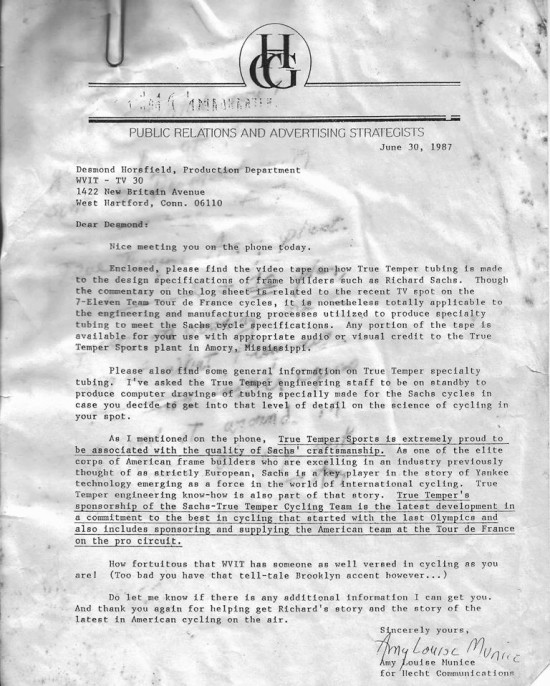