Say goodnight Gracie. Tomorrow I disassemble this one and send it to JB for what’s gonna be its seventh paint job since 2009. I’ve only owned two bicycles since then, twins. They’re cx units and I ride them year round. All the RSCX Team bicycles have been at the paint shop since late May, my other one among these. When it arrives home next week I’ll shuffle Number Two to SoCal and let Joe and Johnny do their thing. It’s been red at least twice. Saffron. Yellow. And green. I’m going from memory. There may be another color I’m spacing on.

I made a road frame (and fork) for myself that’s also at the paint shop. It’s the first road bicycle I’ll have in a long time. And I plan to keep it. I may even ride it after the show season ends. But for now I’m cyclocross 24/7. That’s all I got. It’s all I want. 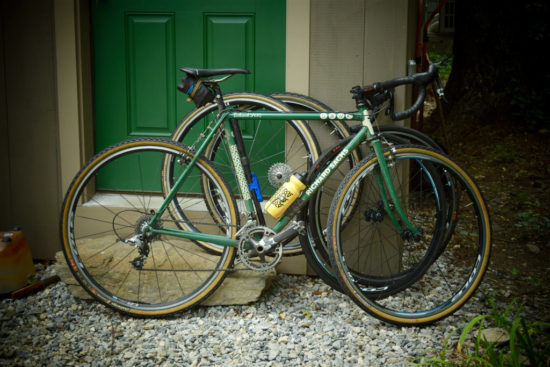