The traditional path for a framebuilder creating a knowledge base includes the sport, either as a participant or as a supplier to those who pin the numbers on. You want to walk on water? Nothing lets you know where the rocks are faster than seeing what works best when a finish line is part of the equation. If a framebuilder doesn’t have a background that includes the peloton, caveat emptor. That’s French for “shop elsewhere“. However, if the guy can spell peloton, I’ll cut him some slack.

My own racing career was meh for many, many years after my first ABLA license arrived. It wasn’t until my mid-thirties that I was able to balance training, rest, tactical sense, and meter out efforts so that I could put my personal imprint on a race. And it felt good.

On the other hand, I had the good fortune to have quite a few clients who were regularly at the front. By the end of the 1970s, I could count at least thirty members from the National Teams of USA and Canada among those who had ordered a bicycle from me. The input of each one of them would lay the foundation for my opinions to come.

The very first rider of any renown to place an order was Dave Chauner​. A two time Olympian, and one of the best cyclists in North America at the time, Dave’s letter arrived in early 1974. To paraphrase my feelings at the time, “Dave Chauner just asked me to make him a bicycle. Holy fucking shit“. I plotzed. And it felt good. 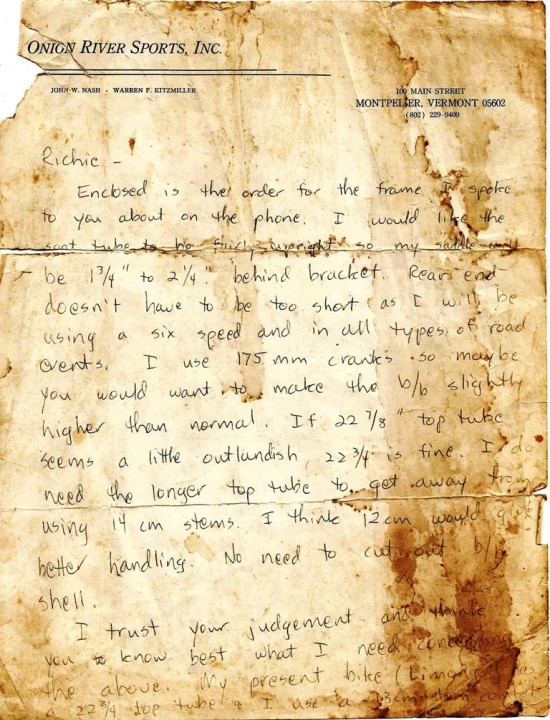 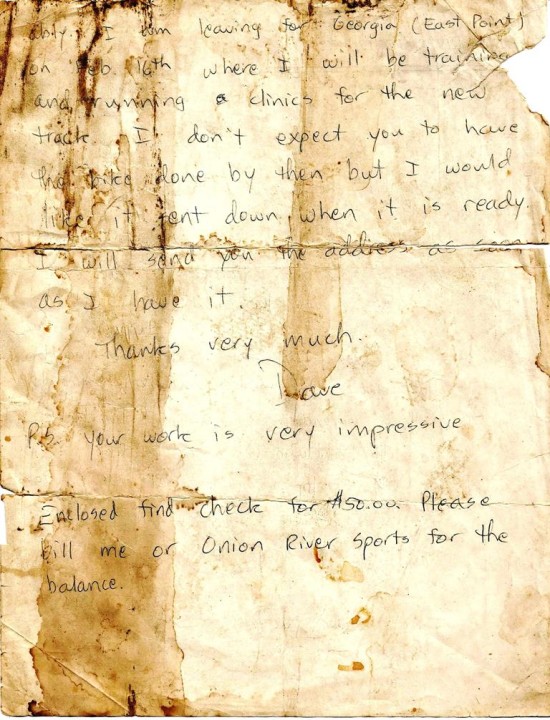