I came up in a time when lugs were ubiquitous. No matter where you looked, or what you focused on, all bicycle frames were made by hand and had lugs – the great ones as well as the price point models. In a way, it informed those new to the trade because examples and inspiration were ever present. Unlike conversations now that include lugs being a reflection of “the maker’s soul”, lugs were once just components used in a joining process. Their inclusion didn’t imply anything. Some shapes were ornate, some completely industrial. Some brazers had a way with the torch, and others were all thumbs. What I remember is that no one, as in NO ONE, ever went all Holier-Than-Thou about his work simply because lugs were part of the assembly.

There’s a renaissance with these parts in the Y2K era. Folks wax religiously about handmade frames and reference the details seen on lugs. The windows. The symmetry. The asymmetry. The inspiration for them. The extra 14 ounces of brass mounds added to the crutch areas and the six hours it took to file them back into French-y radii. Mon dieu. That’s French for give me a fucking break atmo.

I’ve published a lot on the subject going back decades. I rarely write this: Lugs are in the baggage I carry for having started when I did. My frames aren’t better because they have lugs, they’re better because I’ve finally mastered their use.
. 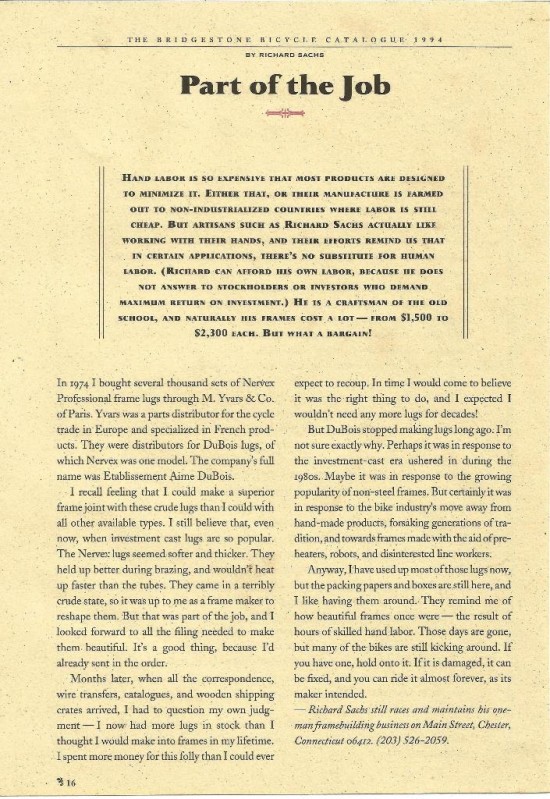 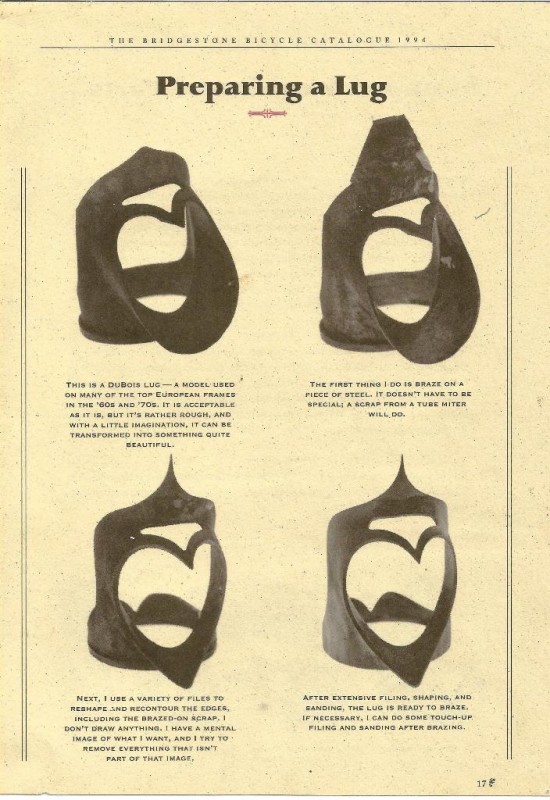