Several weeks ago (July 2nd to be exact) I wrote about my relationship with Adam and his role in shaping the landscape of racing as we know it. Here’s another look behind the curtain. Adam sent this letter in 1997, my second season as his ‘cross bicycle maker. It lays out some of the changes to the prior year’s design.

I was all ears at that point, not having any firm ideas about how a rider should sit on a bicycle for a one hour event. Adam’s input regarding his own needs, as well as texts he’s written on the subject, and conversations with him about the differences between road and ‘cross – these are key ingredients in the choices I’ve made since.

Most of the racers I’ve known ride up the hills and then down, make left hand turns at Somerville, go from one team to whatever team will have them next, and then retire. Then there are those who give back, radiate with enthusiasm, and nurture. They pay it forward. That’s old school. Without folks who give back, we vaporize.

Adam may consider himself edgy, or an outlier, in the margins, or any descriptor that relates to being at the window peering in at the masses and at convention. Or, he may not. As far as cycling and the sport go, he’s as old school as they come, according to my opinion that is.

The good ones cast a shadow so long that it shields others from paths to nowhere. Whether at the dinner table, in parking lots at the race venues, or in letters they send, these folks make a real difference with the wisdom they share. 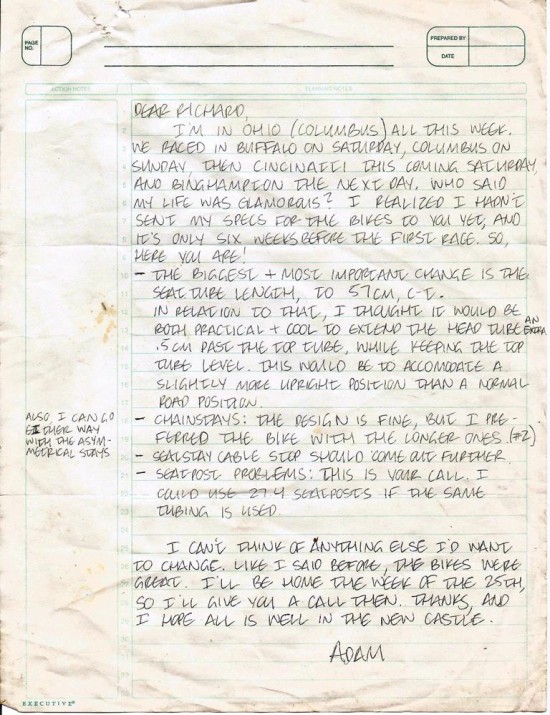