Here is an image from a collection taken for a brochure printed in the middle 1980s. It shows me and my Bike Machinery Braze-on-Mobile. They didn’t call it that, I did. For a brief moment in time, the only thing I wanted more than the ability it took to be a better framebuilder was to have function-specific fixtures around that appeared in all shots taken in my studio, regardless of where the photographer was perched.

I had been to Italy three times between 1979 and 1985, and visited/toured/been escorted through and around every framebuilding shop that mattered to me. All of it was eons away from my simple beginnings in Southeast London where neither a power cord nor a precision measuring device would be in anyone’s line of sight.

To bolster my self-esteem, I spent money. Lots of money. I set as my goal to have a workspace completely outfitted with all the Italian machinery necessary to make one frame (or sometimes two, or maybe three…) at a time supremely well and without compromise. I envisioned an environment that suggested “Radiology” rather than “Abortion Clinic” to anyone with a lens. My head was in such a place that the only way to make this happen was to buy my way out of those earlier years and ready myself for what would come next.

My aforementioned ability eventually improved. But I can’t hang that hat on any tool folly. The skill and intuitive sense I yearned for would only come by standing at the bench and making a bicycle frame, and then coming back the next day and doing it again. 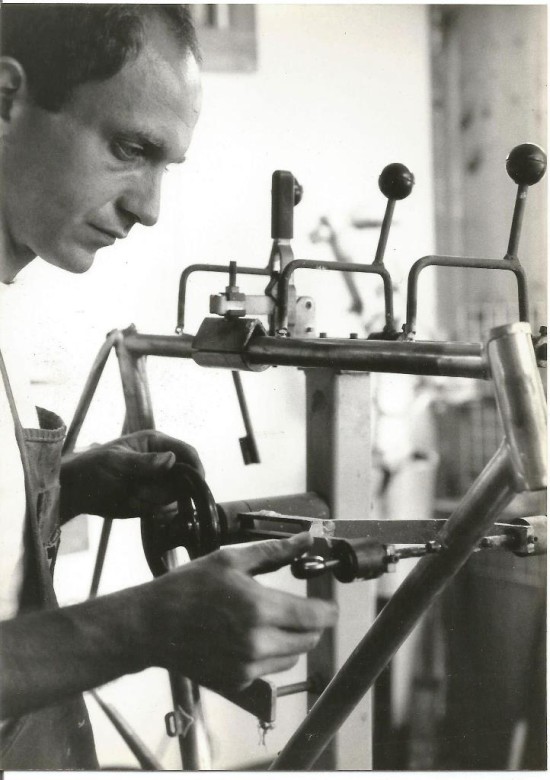