A Series Of One

This is a bicycle I made in 2002 as a 30th Anniversary Model. All the metal fittings and steel parts in the frame were from the 1970-1972 period. Nervex, George Fisher, Reynolds, Columbus. The Campagnolo components are stamp dated 1971. There is nothing on the bicycle that was made after 1972. It has a Unicanitor saddle, Pirelli tubulars, Cinelli stem and handlebars, Robergel spokes, Martano rims, Regina Oro chain and 5 speed freewheel, and very old cotton cloth tape from France. Everything was brand new when this bicycle was assembled twelve years ago.

I made twenty numbered special editions in 1992 to mark two decades at the workbench. In 1997 I made twenty five numbered special editions to celebrate a quarter century of framebuilding. In 2002, I wanted to make something that would be the apotheosis (I love that word apotheosis) of all that inspired me, and of everything that I learned over thirty years even though, as a tool for the sport, it no longer had the relevance it once did. I decided just one bicycle could tell the entire story. 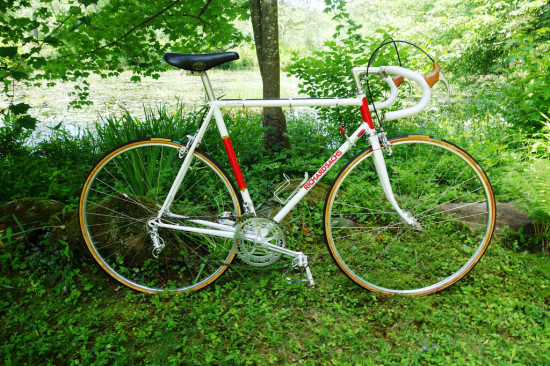