This is what’s left of my shop. After today all of it will be just memories and images on Flickr. I reckon it will be September before I have a new place to work.

I’m leaving the dead end, dirt road on Hastings Pond. It was a good run according to my opinion, one I hope is shared by at least a few others. I built a lot of bicycles in Franklin County and took orders for many more. In some seven years of rural life I learned about roof-raking, switched from a PC to a Mac, used words like solitude and isolation regularly. and also took a good hard look into the mirror that reflects on my life. I got to know myself better, and finally as an adult.

In dissembling my space and looking through the tools, materials, and mementos of a career, I’m reminded that I’ve done nothing else since turning nineteen. If I’m honest, my thoughts for quite some time have been fixated on what else is out there, on what’s next. I’ll work through the commissions and fantasize about what’s on the outside of the thought bubble I’ve existed in since leaving for London in the early 1970s.

There have been too many forks in the road for me to ignore impermanence. I once thought all of this would last forever. Now that I’m on the other side I realize how silly that is. I still have bicycles to make. And even when the final order is filled, I’ll make more. But the routine and all that’s connected with the traditional path I’m on and cling to so vigilantly as in, “Don’t let industry push us into a corner that gets smaller and smaller…“, well – I’m slowly relenting on that one.

After 45 years I’ve taken this task as far as I can. All that’s left is repetition, at least until I get to that last line in the book. I’ve simultaneoulsy mastered the process while being teased and taunted each time I touched metal or turned on the torch. My love/hate relationship with heat and steel will never end. But with changes that have come to the bicycle, the sport, and the trade, few of which interest me, I face my colleagues and say, “Hey, it’s your turn.”
. 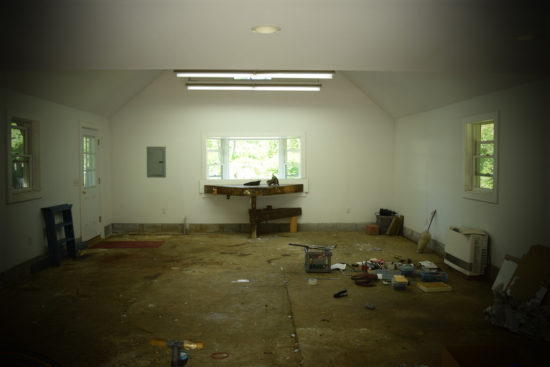 « How To Lose Your Temper And Still Win
General Housekeeping »