These are from the print ad era when everything was done on a desk with art supplies from Charrette or Pearl Art or some other source. There were no Staples, or Macs, and designer apps for dummies weren’t invented yet. Shit had to be imagined, created, and executed – and some bordered on a leap of faith since there were few ways to know what would be seen until the final copies came in the mail or grabbed at a magazine stand.

This image would have been cropped, type pasted in, and a gentle slice of protective white paper taped over it – all of this laid down on a piece of Bainbridge board.
. 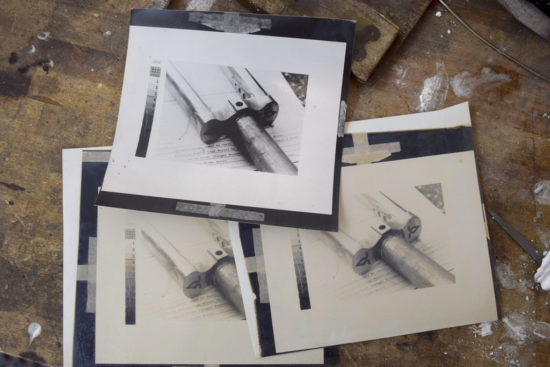