Because Crumbs Aren’t A Food Group

This is the original Nuovo Richie seat lug hand-made in 2005. Part of a set of three designs sent to Taiwan accompanied with the words, “make it look like this”. The N.R. series was my fifth casting project in almost as many years. The trade was still living on the crumbs and leftover crap from the 1990s and there was precious little going on in the way of offering framebuilders new and innovative materials. I couldn’t see that trend as having a positive result, nor did I want to be tethered to the designs of a past generation. What’s that motto, “Produce shit or die”?
. 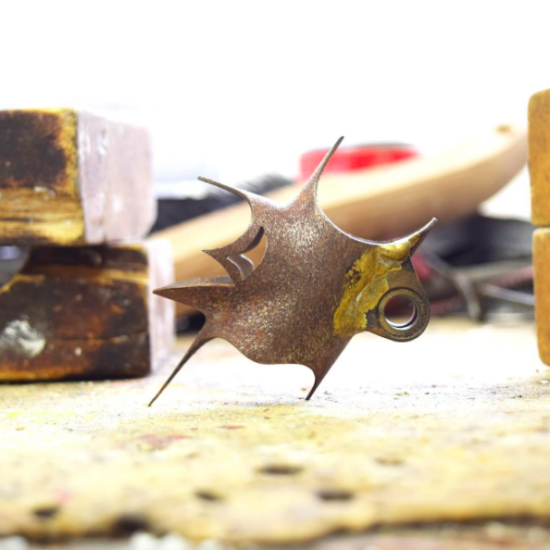