This was fun. The Bike Guy birthday ride. Bike Guy is Bill Humphreys, a friend I’ve had since 1972. We met when I was working at The Ski Rack in Burlington. Bill rolled in from the north. Just like that woman in Chocolat. He was on a final leg cycling cross country from San Diego to his family home in Connecticut. Sidelined with a mechanical, Bike Guy found the little shop we were hiding in. And just like the character in the film, he stayed longer than expected AND had a lasting influence on us. That’s Bill’s way.

That friendship and influence have caught many in its net through the decades. Only a handful are shown here. Many more are standing there in spirit.

Bill collects us annually to do as many miles as he’s been alive. Er – but we do kilometers now. And when we’re done, we go back to his house, some folks jump in his lake and splash around, and then we eat and tell stories. 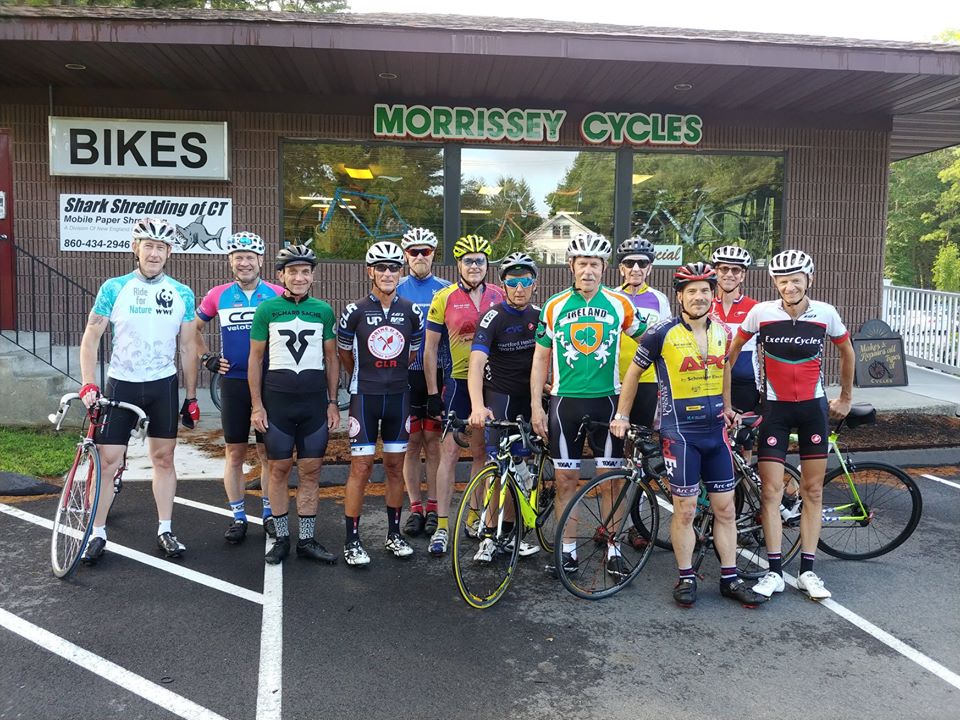