I’m a linear guy. Dots in space. Lines that connect them. No protractors. No Texas Instruments. No Fred Delong. No C.O.N.I. formulas. Give me a rider and a ruler and my fixture. I’m good to go. For 45+ years not counting some developmental moments, the sport has been my classroom. My tools have been intuition and experience. There’s a certain, “I know what goes where, so there.” A confidence that comes from repetition, routine, and relentlessness. It breeds arrogance, but so what.

I didn’t want to be a bicycle maker, I became one. And at the front end was a mishmash of looking around. Borrowing. Mirroring. For the uninitiated and undertrained, if one dimension was this season’s cure-all, then N+1 would come next. There was no knowledge base. No hand-holding. There were articles. Road Tests (caps added for emphasis). Nothing made sense. I put it all on ignore. By middle 1975 I tried to look at what I was doing as a picture; the more beautiful it was, the better my chances.

Until four days ago all of it was here (forefinger points right temple). I’d give two or three minutes of thought to a design. Then set my tools to mimic it. I’d never sketched anything much less blueprinted my work. I just did it, so there. Until four days ago. That’s when I committed to BikeCAD Pro. Why now? Because. Because I have these pictures I want to draw until the sun sets. Now I can.

Mad props to Brent Curry. I’m late to the table. But I’m there. Finally.
. 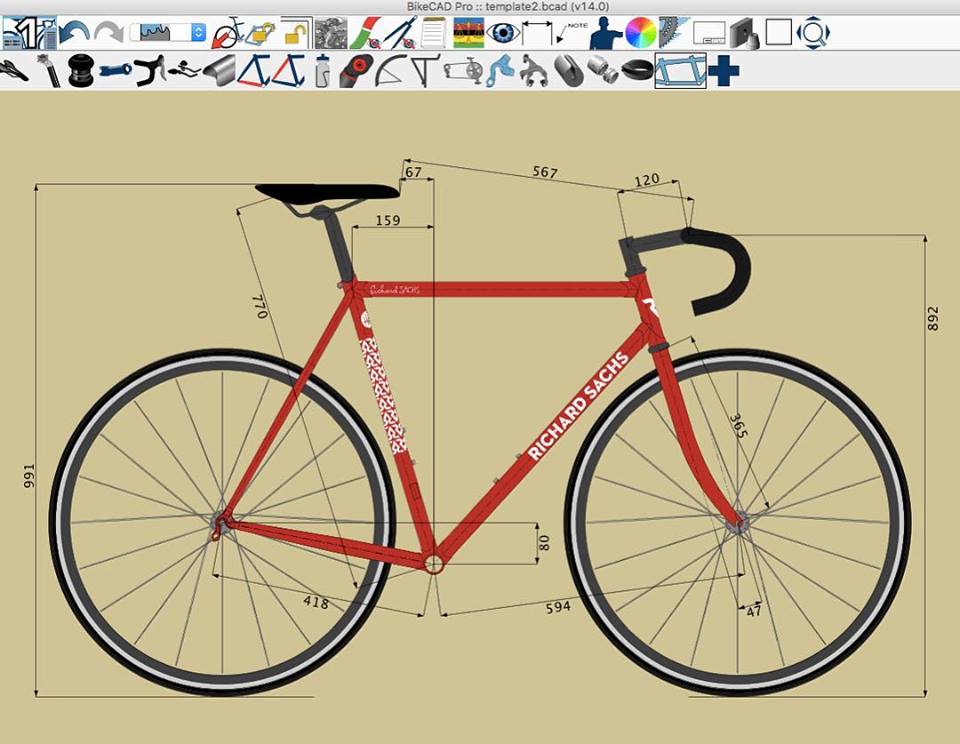