This is a 4 X 5 transparency shot by Bruno in the late 1990s. It was used as a glam image to accompany a 9,000 word article in Cigar Aficionado about the handmade niche. To my mind, and I felt similarly at the time, the assembled bicycle represents as far as I could take my work in what was already a decidedly nonferrous era. Components were still mostly silver and alloy at that. Though up to date parts-wise, this one is 4.1 on the meh scale according to my opinion. A 5.0 would be completely meh. What I needed, what I looked forward to, was to be able to deliver bicycles that didn’t look like vestiges from the 1980s, Ya I just said that. Me, a maker who uses steel and brazes pipes together with lugs. And also makes his own forks. Twenty years have passed and I’m even more resolute. The challenge is to fabricate frames to the best of my ability, to optimize the material, to take my skills as a joiner and craftsman as far as I can, but still be able to look at the bicycle when it’s complete and believe the challenge has been met. Up until a year or three ago I was still content. Now, I think most components look like crap and belong only on manufactured frames that are sold on the street corner. That’d be several subway stops from the one I stand on today.
. 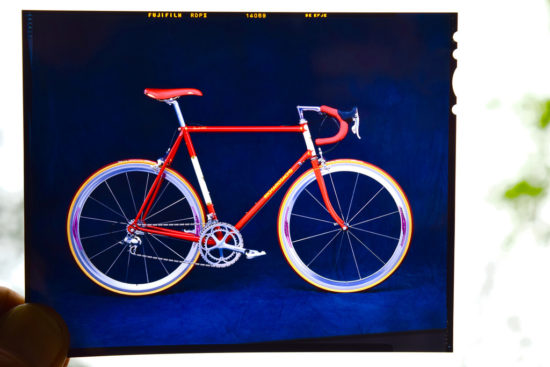