Bicycle making is part metalwork, part design, and part alchemy. The person with the tools tries to coerce a batch of materials into a shape that mirrors his vision. These parts aren’t equal. Unless they are. More than anything, the bicycle reflects the maker’s foundation. His experience. The commitment he’s made to tame the beast.

There aren’t that many ways to make the same bicycle, that is – assuming we’re narrowing down the size for a given user. Leave the boundaries ofconventional dimensions and the unit will fit poorly. Or steer like a wheelbarrow. Or the range of parts we grab during assembly may not work fluidly.

When I read this Connecticut Magazine review of Lary Bloom‘s biography of Sol Lewitt, it resonates. Few of us invent anything. We take some lessons, summon up the drive to do this making thing, and have at it. The ones who last are those who digest the best. Who look around the most. And who respect the past rather than ignore it.

I won’t compare making bicycles with art. Nor making art with fashion. Nor fashion with making bicycles. Nor making music with anything. The line that runs through these is that certain tenets exist and should be adhered to. Lines to stay between. Those who don’t know this will if they pay attention. If they don’t, I hope they marry well.

There’s a reason to practice. There’s a reason we practice. A mother lode of influences makes it hard to see what’s real and what’s only for the moment. Or the model year. Taking leads from those outside our circle who’ve become masters in theirs is a way for us to have a deeper impact in our own. 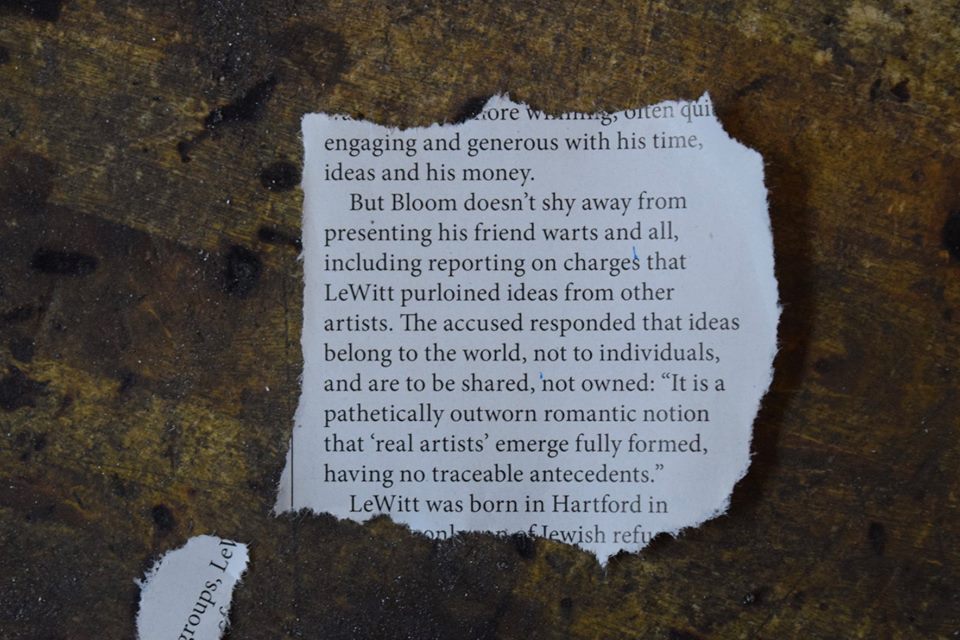