There are no do-overs in life. That’s the takeaway from my Reno sojourn. In what was basically a construct created to deal with loss, I realized after about 100 seconds of racing that loss will be there no matter what lens I view it through. Ya see, my last race really was in October. That’s me running through the long sand pits at HPCX. And I had a very good day at that. But I knew it’d be my last race since November would be filled with other obligations that’d keep me from staying committed to the program.

Then Bobbe died on the 24th. And Rich died about a week later. And I kept riding just because.

There’s this little game athletes play in order to bolster self-esteem. It revolves around believing they can get it done. Confidence. Arrogance. Maybe it’s delusion. I suffer from it. As time passed and the Natz drew closer, I began to look at the start lists, and the weather patterns, and the travel fares. Oh, and I also watched the Race Predictor at USAC hourly as my name kept hovering in that second spot. Despite a lack of race starts and serious training, all of this spoke to me and said, “Go to Reno and take care of business.”

My fantasy was perfectly scored but imperfectly executed. I was the second call-up. I had a superb start and turned myself inside out for another 100 good seconds, ready for the 40 minutes that followed. And then everything got dark. I was prepared for the storyline but unprepared for the task. There’s this place I was going where a win in Reno would erase the loss, or just allow me to accept it. And here I am back in Deep River. What I left five days ago is still here. Bobbe and Rich are still gone. The race is over. This season is done.
. 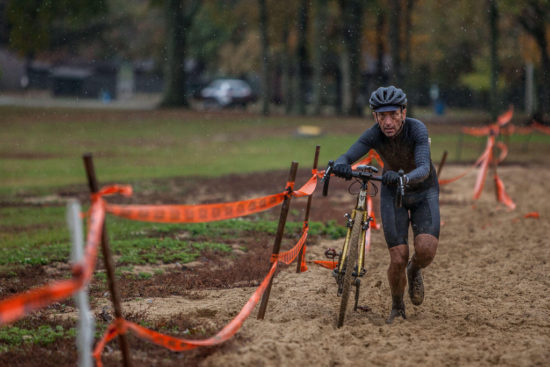