This came from JB’s stash. It’s a photograph (a picture on paper for you young people.)

I started sending my frames to Joe Bell in 1986. That’s 33 years ago. He’s been my only painter since. I love the guy. The guy better love me. An adult life of commitment and respect for each other. We make each other look better. We end our phone calls like this: One of us says, “You’re the baddest.” Then the other says, “You’re the second baddest.” True love. True romance.

Oh I forgot – I’m on the far right. Then JB. Then DoubleBee (Brian Baylis). Then Dutch (Bill Holland). We’re doin’ hard time at the Long Beach Convention Center. I’m wearing a Brooks Brothers ‘346’ blazer with an L.L. Bean O.C.B.D. back when they were made in New Haven, and an Ermenegildo Zegna tie I bought in Milano back in 1979. It looks like everyone else’s wardrobe is courtesy of Dockers. Or maybe The Goodwill. Kidding.

Seriously. Cherish each day and everyone. Heartbeats are cool yet so unpredictable.
. 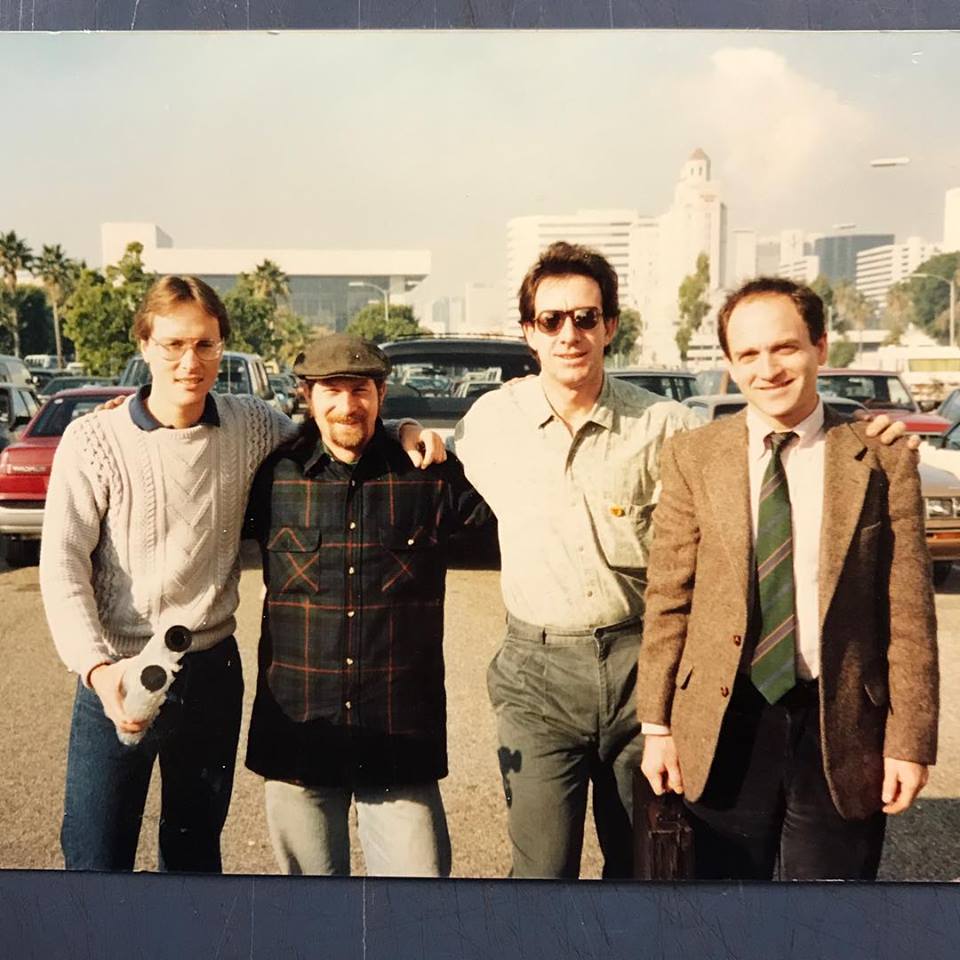