Had one Monique Pegg and I never met, things would be different. Ms. Pegg represented the Paris firm, M. Yvars and Co. They were an agent for Établissement Aime DuBois and other French brands. In 1974 as I was starting to craft a vision of what a Richard Sachs bicycle should look like, I became obsessed with shapes. And to my eye, only one shape worked dot period. But I was still living in a world where the only material suppliers I knew sold components that didn’t get me wet and sticky. There would soon be a line in the sand that, once crossed, I was not going to make frames with commonly available fittings and parts. Some pieces, the tubing for example, and maybe a braze-on or three, were generic enough that my using them wouldn’t be a game changer. But when it came to holding the tube ends together, it had to be a shape that spoke to me.

At a trade show in Manhattan, I was introduced to Monique and told of her of my quest to get this one piece of the puzzle that evaded my reach as a young frame maker in America. And then as if by fate, she informed me that it is something her company could source on my behalf. Over the next decade, I imported thousands of these lug sets into Connecticut, each batch lovingly carted in lovely wooden crates (they could have been made by cooper-smiths for all I know) with the contents nesting in straw. Unwrapping once every year or 18 months was a Hanukkah-like experience for me.

The Nervex Ref 32 lug set is the perfect shape. Even as-is, it’s elegant. But with a hour of time and some file strokes, I can transform these little jewels into something über beautiful. All of my frames had these components on them until maybe 1983 when a tsunami of wholesale changes happened here and I got dragged kicking and screaming into the investment cast era.

Despite the passing of time, the growth of diameters, and a few small style edits, all of the parts I’ve used since inking that first deal with Ms. Pegg have direct lines to the Nervex Ref 32 shape. My own Richie-Issimo lugs, created in 2001, are the descendants of what began with a meeting in New York some 40 years ago.
. 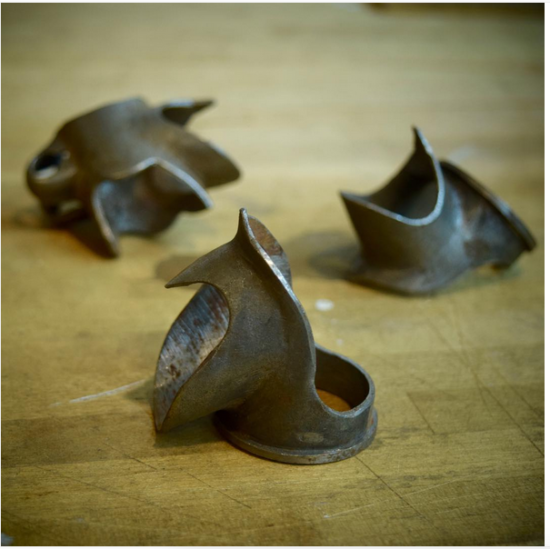