In August I received an email from a client who ordered his RS during the tumultuously long lead tīmz that occurred in the late aughts. The bicycle shipped in 2017. The note included these images and some words pasted here.

I am a bit embarrassed for not having emailed you earlier given the new bike arrived late spring last year while I was traveling in Argentina. You may not believe it but I just recently took it out of the box! When I originally placed the order it was to be a 50th birthday present to myself, but since there was a bit of a delay I decided to wait until my 55th which was last Friday, so I did the unpacking over the weekend.

The red metallic paint color Joe was using at the time sparkles. Beautiful yet functional masterpiece! I plan to glue on the tires this week and start riding — even though I am apprehensive about “dirtying” it up and getting that first chip on the paint. I will give you an update once I have a few rides in the books.

For me, it’s about relationships more so than bicycles. Hearing from folks after the fact, whether it’s immediately, or a decade, or even forty years later – this is the most valuable currency there is according to my opinion. I love my job. 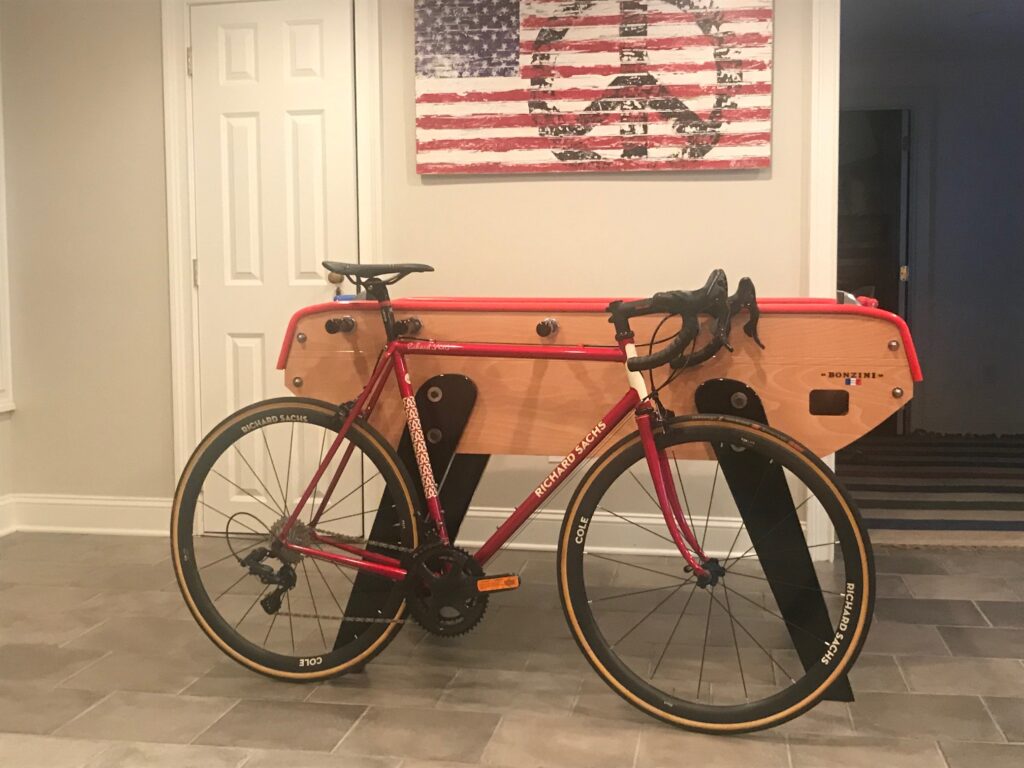