An excerpt from a lovely note received this week from an original and longtime RS client.

At 19, this was to be my ‘forever’ bike. I worked in bike shops all throughout college years, repairing all manner of inferior quality bikes. I wanted this bike to be special, and perfect. Being in the trade afforded me the opportunity to purchase wholesale and I bought a 1975 full Campy Groupo for $265. This was a bargain even then. When that carton of tan boxes arrived with the stripes and the Campagnolo script, I was like a kid in a candy shop, constantly unboxing and playing with each item. All totaled, the bike cost me about $750, but remember at that time I was clearing only about $100 per week, and could set aside only about $70 for my dream bike. It took me several months of 1976 to save enough. I selected DT spokes and Mavic rims, and laced these wheels 40 ‘plus’ years ago and have never broken a spoke. The saddle dates to 1972, when I, like you, bought an Atala Grand Prix. They were popular at the time. I quickly started replacing components, realizing that most of it was junk. That started my love of bicycles, and subsequently working in shops.

In my 20’s, I rode this bike three times across Europe, outfitted with fifty pounds of gear. This has never been an ornamental bike, relegated to hanging in a shop and never loved. To pass it on from from one owner to another would be a betrayal of the joy it has given me over the years, not just in riding, but gazing in admiration at its beauty. It’s like owning a rare musical instrument that will never be sold. I wonder if you had any idea that the frame you made in 1976 would still be actively ridden in 2020, by the same original owner. To me, that notion would be incomprehensible. There is a legacy at work here. It is more than just metal tubes and components. When I ride this bike, it transports me back in time. But, I am riding with my grown girls today. It is magical. Perhaps someday I can pass it down to right person who will fully appreciate it, ride it often, and safeguard it for generations to come. 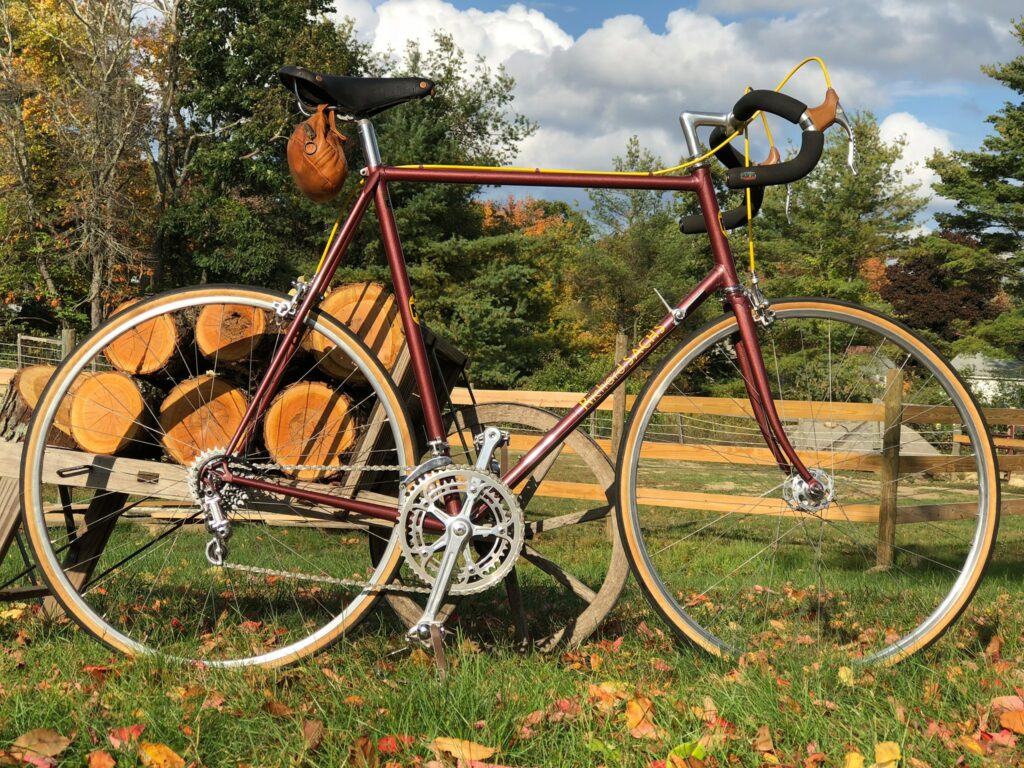