This is what a making cx team frames looks like. Kinda’. I started the 2018 batch and expect to be completed in a week. Maybe 10 days if I’m truthful. We’ve expanded the RSCX roster. Hopefully news about the support system coming too. House Industries has given me a glimpse into the glimpse they’re considering for the season’s new look. Cool stuff as we’re accustomed to. We’ll talk more about that when it’s done. In the meantime this is what the frames look like, I mean some of the parts that didn’t make the cut. Seen here with a genuine authentic and from Paris (the one in France not Texas) Nina Ricci L’air Du Temps perfume decanter. I bought it for my mom in the early ‘00’s because it was her favorite scent.

All This By Hand
, 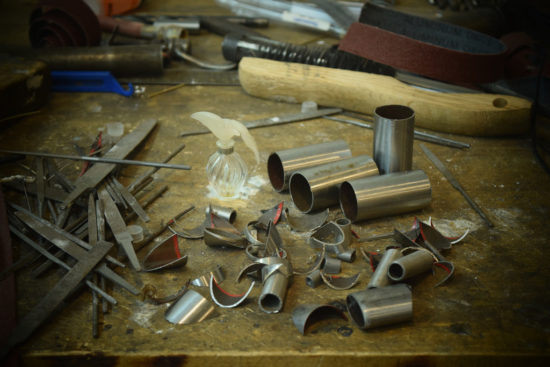