I said these words in the graphic around the turn of the century. By 2002 they went out into the ether.

The time at the bench, the repetition, the changes, the sameness, the materials, the tools, the racing, the riding. I’ve written so much about these, most of it starting in the middle ’90s. It took an even twenty years before I found myself as a maker. And that’s when I realized I had something to give away. In many respects, I didn’t care if anyone took it. I’m glad some did.
. 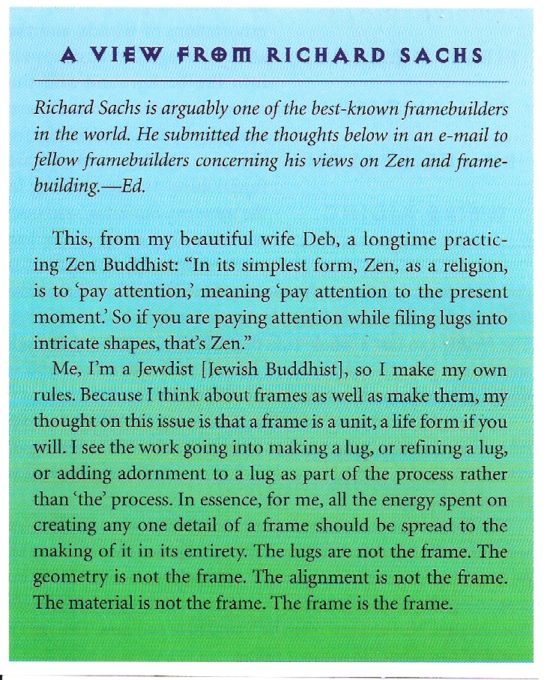