Guardians of the Flame 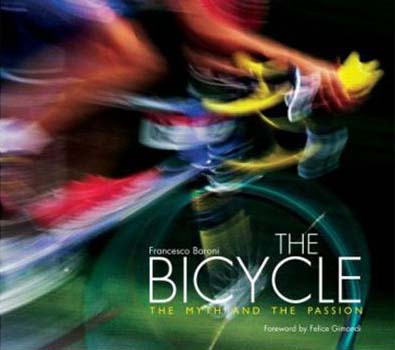 The introduction of methods that industrialized bicycle manufacture inevitably led to a reduction in hand-crafted production especially for competition models with proven success. Industrialization and the increase in the number of bikes produced forced many famous global manufacturers to scale back the care with which each bicycle was created in favor of line production. Of course, there remained a small core of builders who preferred to continue their hand-crafted processes and refused to give into the demands of the modern market. Naturally, they remained outside the reach of the market leaders, who were trying to maximize profits while paying no attention to declining quality. Richard Sachs was a leader of this counter-revolutionary movement, along with Dario Pegoretti and Yoshiaki Nagasawa. They demonstrated why it was still worth buying a well-produced, hand-made product. Sachs, who came from Connecticut, argued that cyclists chose hand-made products because they believed that technology was no substitute for experience. Of course, industrially-manufactured frames had improved in terms of quality and reliability over the years, but machine soldering and production could never compete with the care and passion invested by those who truly cared about their work.

This movement obviously represents a small part of the bicycle world, but it would be wrong to believe that this niche is insignificant. In fact, more and more people are turning to hand-crafted products, because more and more people want to see the face behind the product they have bought. In cycling as in any other market segment, we are face with the contrast between the fast and the slow, where two ways of thinking are pitted against each other. And yet even those who prefer handcrafted machines are often dismayed at price differences, even when the gap is not that large, and especially at the substantial amount of time required to make a personalized frame. Then there are those enthusiasts for whom bikes are worth more than just sport. For them it’s an object to be treasured, not just for its qualities but also for its uniqueness.

Craftsmen generally work alone in very small teams, choose their own designs, prepare the tubes, and do their own soldering. Those who still follow traditional methods, such as Richard Sachs and the Austalian Darrell McCulloch, do not use TIG soldering but prepare joints that are first melted together and then filed down. Using their own hands, such artisans draw on a variety of skills to produce the entire frame. It is also very difficult for frame makers to also manufacture the series of tubes used in their work, but some do, such as the Italian Dario Pegoretti who, thanks to his experience in the field of metallurgy, worked with partners such as Excel, Dedacciai, and Columbus to develop tubes that were later put into line production. Pegoretti also developed two patented tubes known as the Radius and Dyna Lite as part of his twenty-year partnership with Cicli Pinarello.

The principle material used was steel, which, due to consolidated manufacturing processes (in contrast to carbon), guaranteed quality and balance between components, thus ensuring comfort, performance, and longevity. The manufacture of these unique models was not only based upon this element, however, and actually drew on previously acquired experience, without the possibility of new technologies and new materials. Kent Eriksen and Seven, for example, based their production on titanium models, while Craig Calfee preferred to stick with carbon fiber. In 1991, the Californian manufactured eighteen composite frames which the Z team, for which Greg Lemond raced, used during the Tour de France. In the face of these facts, it would be hard to believe that the models this created were merely intended as prototypes or exercises in style to be exposed at exhibitions and shows. If the frames were designed and refined with extra care, it was so as to ensure peak performance. To wit, there are racing models which Japanese champions Yoshiaki Nagasawa and Yoshi Konno – whose bike was marked 3Rensho – supplied to the ten-times world champion Koichi Nakano, the king of speed and the keirin who became established long before the UCI officially recognized it.

Since this is a particularly specialize niche, it has become sheltered from the crises and normal rules of the market, for example the aggressive competition between the large manufacturers and, at times, the supply-side concerns that affect a product’s smooth development. Industry is always having to maximize its profits and follow costs. This leads to shortcuts, such as a reliance on underpaid manual labor compared with standards in the Western world, or in the reduction taken in the care taken to produce each individual part. Ron Cooper maintains that the quality must be maintained just as rigorously as appearance and aesthetics.

The cycling culture is one where the product is not made for profit. It is for this reason too that models in craftsmen’s catalogs do not change frequently, because once the correct set of tubes and sections have been selected, they are always made available to clients.

One aspect overlooked by the industrial process and a continual search for profits is a good bicycles frame’s longevity, which in the twenty-first century economy can not have a long life, because it must (it is assured) soon yield for newer “updates”.

Craftsmen such as Darrell McCulloch of Llewellyn Bikes stress this point, and deliberately finalize a large part of their design choices themselves to ensure control over them, and to make sure that the construction material will be maintained for many years to come.

These “guardians of the flame”, as one might call them – the flame being that of a welding torch – are cycling’s nobility. It consists of that small, close-knit group of artists whose work still means something more than sport or recreation, and in attempting to preserve the best traditions of cycling and bicycle-making, it stands the best chance of carrying themselves into the future.

The preceding article appears in The Bicycle – The Myth And The Passion, written by Francesco Baroni and published by White Star S.p.A.. Available for purchase from Amazon.com and other fine book retailers.