I’ve been back at the bench for four months now and am happier and more productive than in decades. The new studio is everything I dreamed of. And/but I sometimes have pangs of anxiety, or even feel guilty, that it’s taken so long to have what I feel is finally so right. This is workspace number five since 1975. The first was windowless barn with one window, no insulation, and a coal stove. Then, the larger square space in the village. It had the bay window from which I could people watch all day. After that I went to the basement under Century 21. Nine North Main was my first not being a renter, and that place was my trophy room. Leaving Chester for Warwick, I decided that my past was just that and the environment I created there was “just” a place to work – no evidence anyplace of the path taken to get there. Just a large room with tools, benches, and some materials. And now I’m here in Deep River, a mile from where it all began.

The anxiety, and some of the guilt too, is rooted in that I love this chapter so much that I feel that all that’s come before it would feel shunned if I show too much enthusiasm for where I am today. But memories and places don’t have feelings. And this love for the present doesn’t diminish the many years it took to get here. All of them delivered me to this bench and the four walls, natural light, and cathedral ceiling that surround it. There’s this perverse wish that, now that it’s all so perfect, it could last forever.
. 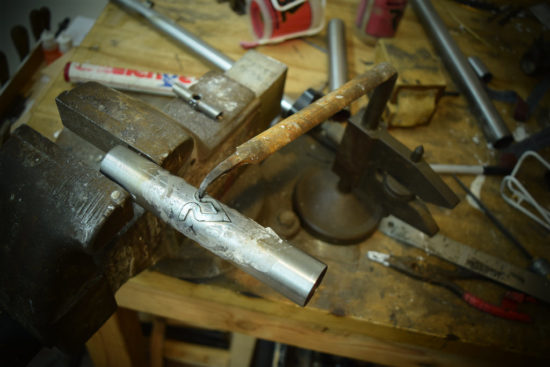 « The Smiths
Bring Back The Elegance »