I Became A Bicycle Maker

Recently I had the honor of being on a panel discussion produced by the Designer & Books Fair and held at The Fashion Institute of Technology in Manhattan. The seminar, Bikes and Books: a Celebration of Bicycle Design, included Antonio Columbo, Mike Spriggs, Charlie McCorkell, Lodovico Pignatti Morano, and myself. What follows are some notes I read from during my ten minute introduction speech. For more information on the weekend, click here .

When I was a sophomore at The Peddie School, Mr. Roberts, the head of the English Department, put into effect a new program. All Peddie boys, that is – all grades, all 370 of us – had to keep a journal. We all had to write daily. Our respective English teachers would collect the journals once a week and add comments, though we were never graded.

Later that year, the English Department held a contest for creative writing. Again, all of the students were required to make a submission. Short stories, poems, essays – it didn’t matter. We were writing to be judged. Having kept a journal since September, putting words to paper seemed less intimidating since it was now part of my routine, and I wrote a short story called The Grass.

Fast forward to the school assembly at which winners were announced, hearing my name called for First Prize became one of the single most memorable experiences and personal validations that I can recall, even to this day. I never considered writing anything but a school assignment, but the ordeal convinced me that writing was a path I should be on and, upon graduation in 1971, a reason I should attend a college that could help me further this new interest.

I was entered in Goddard College and would have normally started school after the summer vacation but my first semester was pushed ahead to April because of classroom space issues. That July I had seen an ad in The Village Voice for a bicycle mechanic’s job in Vermont. At Peddie, I had a 10 speed bicycle and a mild interest in cycling as well as in the sport itself. I was a subscriber to several niche interest magazines from the UK, Australia, and mainland Europe. At best, I was a bike geek, but no more committed to bicycles than I was to any other hobby I then had.

So, without a thought, I took a one-way trip on a Greyhound bus, leaving from the Port Authority, and arriving some seven hours later in Vermont, ready to walk in to the Ski Rack in Burlington proclaiming, “I saw the ad, when do I start?”

They looked at me like I was from Mars. The job was already filled, and the conversation also informed me that I was nowhere near qualified anyway.

Beside myself with disappointment, I vacillated for a day and then decided on retaliation. If these cats wouldn’t give me a job as a bicycle mechanic, I’ll show them – I’ll find a way to build bicycles. Not that I even had a clue what that meant – “build bicycles“. But to my mind, after the schlepp I made from Manhattan to Northern Vermont, if I wasn’t good enough to fix their bicycles, I’d find a way to make my own.

I should have purchased a bus ticket and gone home to New Jersey and waited for college to begin that April. But instead, I went to the UVM library with a spiral notebook, a few pencils, and a list of some three dozen addresses of bicycle makers I found in various British magazines. I wrote away and said in each letter that, in return for showing me how you make your bicycles, I would work for free and do all that you asked. Three dozen letters posted. Three replies. Two in the negative as in “No thanks, but…”. And one agreeing to my folly.

Within a month or two I was on a plane to Southeast London and walked through the front door of Witcomb Lightweight Cycles in Deptford where I would spend most of the next year.

I eventually returned to the States, and tried to juggle my experience abroad with my original intent to attend college and pursue a writing career. The latter plan ultimately died on the vine while the former became my new path.

That was some forty years ago, and I have long since transitioned from a boy who wanted to mate words and paper into an adult who makes bicycles to order and one who races them each weekend.

Forty years. Oh my, that is a long time.

I have a friend named John. For several years beginning in the late 1990s, John and I partnered on our shared hobby of vintage bicycle parts collecting.  Once, while in the middle of some our best deals and while we were at the height of our both being so pleased with ourselves and our collective buys and the values we were getting, John related to me a comment a pal of his once gifted him. If you stand around long enough, folks will walk up and put money in your hand.

Four decades of coming to the bench every working day has many rewards, yet none have been like John’s re-gifted comment. But not every reward is currency. Forty years has allowed me a lens to peak through, and helped me develop filters with which I can make better decisions. The time has enabled me to have a real economy of motion and to be much more at ease about design, material, and fabrication. It’s not unlike the ability to read a race; anyone can be fit and have good genes. But it takes a certain sense to be able to use your tools and mind effectively. I have that sense. The years that have passed have given me a clarity about myself, the work I do, and the trade I am part of. This clarity as a reward is priceless. And while I was once new, a workaholic, a zealot for the craft, and an insatiable nut for my sport, I look back at all of it now as if it’s someone else’s life. As I approach my 60th birthday, the sense I have about my long routine at the bench is that I finally made it to the other side.

At no point along the way did I ever give a thought to my future. None of this life in the trade was planned, or calculated. Mine was a story not unlike that of a balloon left to land in any corner that the wind would take it. And, here I am now. All through the decades, when asked about my place in all this, I’d often say that I started this chapter as a Peddie boy, got sidetracked early and often, and I wound up with a career in the bicycle industry. To this I often add that I have been slipping through various cracks and open windows since day one. Serendipity rules.

So much has changed since I first landed in London. I went there because the opportunity was too interesting to pass on. But I never envisioned it would evolve into this. Years pass. Forty of them. I walked through doors I never knew existed. And the word no is not one that ever made sense to me.  So – here I am now. Ask me anything. We’re here until 5:30. 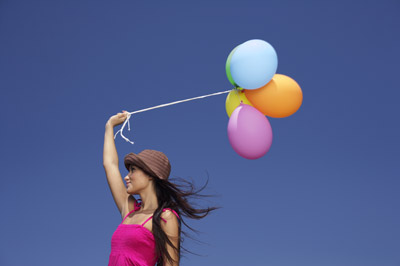