My fascination with the macro lens began as innocently as so much else around here did. It was maybe 1998 and Brad loaned me his Sony Mavica so I could shoot pictures and sell some crap on this newfangled thing eBay on this newfangled thing the internet. I’d bought a parcel of goods from a fellow whose dad had a bicycle biz in the 1970s. My intention was to keep the good stuff and jettison the ballast for some recovery cash. The boxes loomed long enough that Brad convinced me to list them online.

I began shooting tabletop images of my work. The unit had exceptional close-up capabilities and I was intrigued and wanted to get closer and closer and. That’s how the needle got in my arm. I never cared about the long view. Pictures of complete bicycles did nothing for me. What I wanted, what I want even this week, is to be in the grains of the tubing. To idle time away in the scratches. To know what it’s like to surf a wave created by the flow of 56% silver alloy rod. A wave that I make happen, and control, and then accept when I see it looking back at me laughing. I control so precious little in the big picture. It’s probably why the little ones mean so much.
. 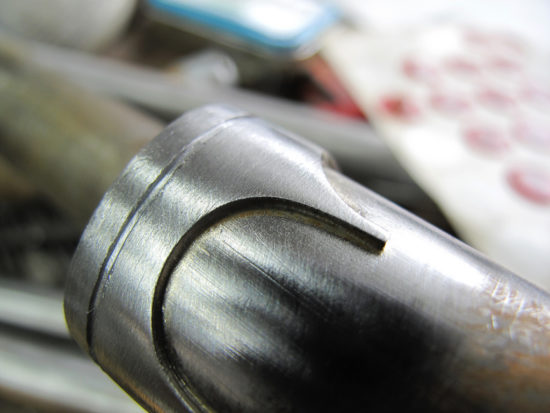