It’s Simple But Not Easy

I didn’t do much today. Two forks. That is all. At least I made these. Some folks (just) order theirs from QBP. And then there are those who wonder if plug-in dropouts are, er – cheating.

This past week has been a tough one if you care about people. About pals. The story that involves Vista Outdoor and the bicycle brands we all know. Jesus. Fucking. Christ. Huh.

Normally I work on impulse and pull my trigger (sic) quickly. On this one, I’m not ready.

We all have friends who work in the trade and they are gonna be collateral damage (sic) because of the news, the short of which is this: buy a helmet or hydration device, and you’re financing the next school shooting. Cliff’s Notes atmo.

I do not think the dots are connected as closely as that. I think the line between the dots is longer than we wanna believe. But where’s the sex in that? People (seem to) just wanna post on the internet and proclaim that they know the enemy, and anything they own with the enemy’s logo is now for sale for the cost of postage.

To my mind, very few expressing outrage on social media (this week) probably had ever heard of V.O. before this story broke. Now most wanna put their pals at Giro, Bell, and the other brands, on the Weber and grill them until they’re charred beyond recognition. Me – I need to know more. I can’t believe that the fine people I’ve dealt with for decades support this gun crap, or the NRA’s machinations, much less are they (my pals, your pals…) the reasons there are school shootings.

Clearly I am conflicted by this. But I’m not ready to stab anyone in the back because of who they’re unwillingly associated with. Maybe I’ll do that in April. For now, no.

I’ll add that in over 45+ years of making, I’ve been commissioned by thousands of people, many of whom I’d never have a social relationship with, or vote for were they running for office. And I’ve never asked a client where the money he pays me with comes from. Or how it was made. And I know full well that some of that money was made in ways that might make my moral compass melt. Think about that when you list your Camelback on eBay for six cents just to get rid of it. 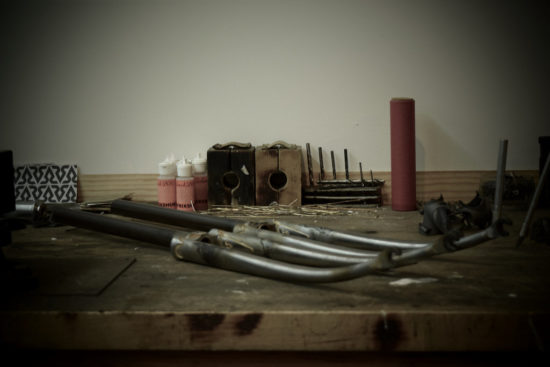