Because there’s this recurring situation in which I explain what I do and can’t articulate enough for the underexperienced or the lay person and find myself drifting into the abstract, knowing full well what I’m talking about while also knowing full well that the listener is now lost despite looking/ trying to look/ interested while his mind begins to wander. Talking about lapped joints and brazing and filler material and muscle memory is something only the experienced will get – because it’s a language only spoken by us. Until you’re fluent, a translation service is always needed.

So again, think of that scene in which Hendrix, mid concert and on stage in front of thousands – when Jimmy drops to his knees, lays his guitar on the floor, and lights it on fire. At first the flame is small. Focused. Controlled. Then Jimmy wills the fire away from the source and, using that all-important will, lures all of it to the other end of the neck. Now that’s theatre. Fully. I hope. Lest the music ends when all the smoke detectors drown it out. But that will. That command. The command. The way Hendrix’s motions beg the flame to go where he alone thinks it should go next.

That is how you do this. The brazing. The clean brazing. The brazing that doesn’t get touched after the metal cools. The areas under the surface are filled. There are no spaces begging for molten rod. And there is certainly no evidence of it on the outside.

Anyone can do this. It’s simple but not easy. See it done. 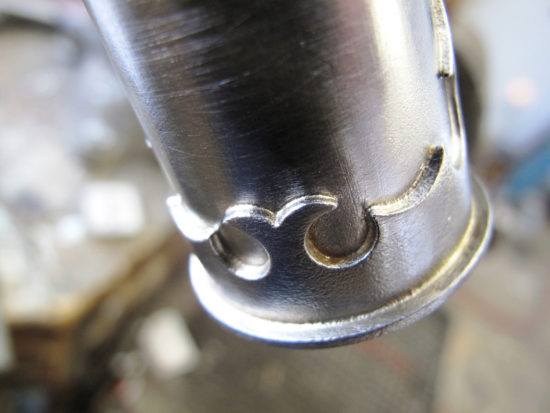