Letting The Light Back In

Try to imagine the Philly Bike Expo or NAHBS being held in the Borscht Belt or the Poconos. At night in the lounge, you could possibly hear Henny Youngman tell a joke that would go something like this:

Comedian: How many framebuilders does it take to change a light bulb?

I’ve been peering through shadows for a while. At times, I thought someone was fucking with my personal wall dimmer. Or that a cord was in the wrong outlet. And then there were the moments I let in too much sun and realized it made things hotter but not brighter. It was all me; a bit lost on the way to here.

The darker times track with other changes in my routine; relocating, driving my brand into the fourth quarter, and new responsibilities away from the studio. It was a large stew of uncharted territory and decision making that I continue to second guess. Before I could see my hands from my face, it was clear that I was on a different path.

Once, everything I needed just came. It came easily. Encouragement, opportunity, support, and love. Good fortune touched my shoulder early and often. But I let fate do all the heavy lifting for me. I got used to it. Too used to it. It’s been difficult seeing this in low light. I see it now.

I’ll admit to spending more than a few nights in the imaginary lounge. When I first heard the joke, it wasn’t funny. I didn’t get it. Then finally I did. After hearing it told repeatedly, it makes sense. It’s not a joke at all, it’s a lesson.

I’ve written all these words before. They’re a small part in a much larger story. The story is about my time at the bench. It’s about my craft and trade. It’s about my sport, my work, and my play. And it’s always about me, in and out of whatever comfort zones I landed in. I’ve told it as I lived it. The part that I leave with is this: if you want something to happen, see it done.
. 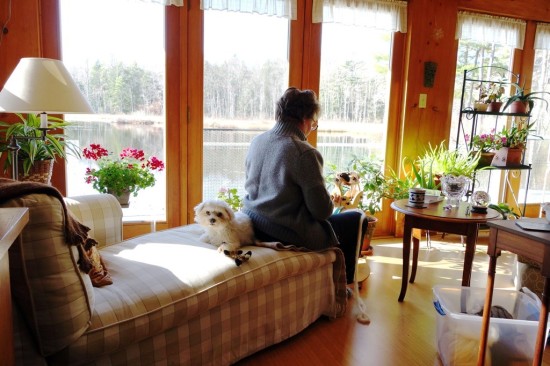