He was Bob Scott and that’s all I knew. His name was on an order form from one of my dealers. I made the bicycle. Maybe a year later I get a nice thank you note. He was Robert Montgomery Scott. And the stationery came from the office of the President at the Philadelphia Museum of Art. Now I knew a little more. But I never asked.

Mr. Scott and I became pen pals. I saved the letters. And articles about him. One in Town & Country shows him on a black Richard Sachs at Androssan, his estate in Villanova. Over the years he introduced me to his friend Walter Annenberg – a name I knew as a fellow Peddie School boy, though some 50 years separated our days in Hightstown.

All of this happened in the 1980s. And it was a small detour in a life I was living that was in sharp contrast to the ones men these men had. I was fortunate to have Mr. Scott as a client. But we came from different stations. In my work, I never ask who a person is. Or what he does. Or if he’s connected. Sometimes I find out. But I never ask.

In the time that we were exchanging letters, Bob Scott and I never spoke on the telephone. We never met. But I knew the man from the time he gave me in correspondence. There was a courtesy and humanity in his paragraphs. He took the time to make a connection. We connected. I knew the man from his words and kindness.

In the very first letter Mr. Scott wrote, he waxes on about the pleasure his bicycle gives him. “If the truth be known, it has become a major distraction from the work I should be doing at the the Art Museum, and there are moments when I think it should be on exhibit here and not encumbered by my body going through the Philadelphia countryside.”

Janny Scott is the daughter of Robert Montgomery Scott. She’s an accomplished journalist in her own right. Last week she was interviewed on NPR. On Sunday, the New York Times reviewed her latest book about growing up Scott. It’s called The Beneficiary: Fortune, Misfortune, and the Story of My Father. It’s her story to tell. I’ll stick with mine. 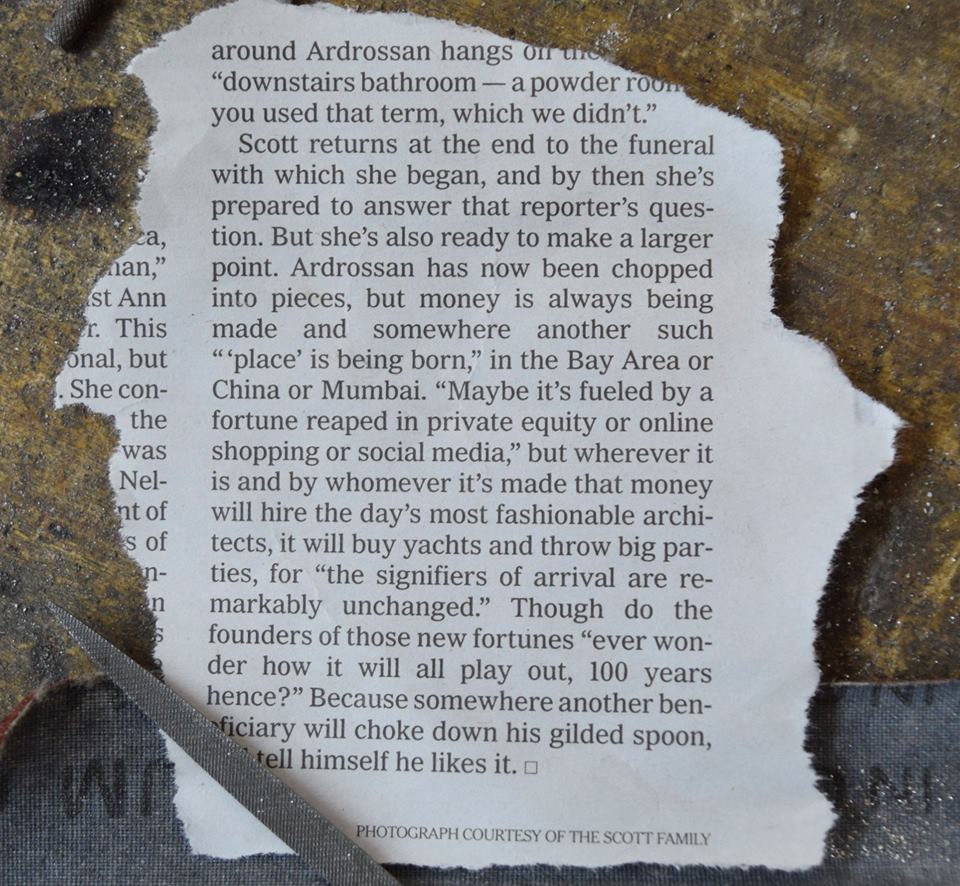