I learned early on that the answer to the question Why is often Because. Especially when it comes from someone with experience. This is a letter Bill Hurlow sent me in reply to some issues I wanted to resolve for the second (of three) frames he made for me. His advice, once offered, was always taken. No discussion. Never a follow up. And this was before my life took a turn and delivered me to London where I’d have first hand interactions with those in the trade. And long before I’d enter it myself, on my own terms, and with my name over a door.

The respect for those whose steps come before mine is beyond important. It’s immeasurable. I have an inherent trust in the information some pass over to me. The trust isn’t given freely. Or often. But for someone like Mr. Hurlow, it was easy. He speaks, I listen.

I often lament that this sort of thing seems less common now. People want to grab what they can from whatever source it comes from, and often it’s from a Google search. Or from someone whose skills are far from developed. The result dumbs down the very essence of what it is the person may be trying to learn in the first place. Yeah. I’m talking about my trade (again). Folks are in a mad rush to make a brand. Garbage in. Garbage out.
. 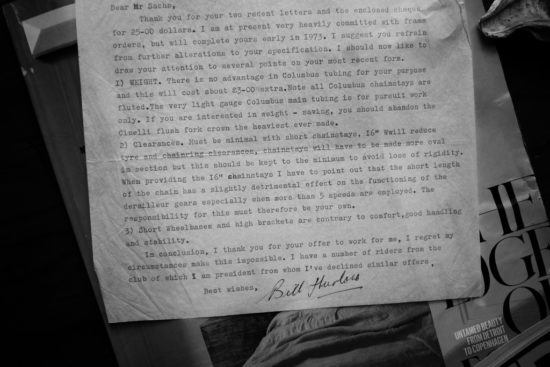 « Grazie
All This By Hand »