Batch building is in my DNA. My initial exposure to the making process was in a room where men worked. They worked. They didn’t create. Or look for inspiration in order to work. It was a workroom and work was the reason it existed. Not art. No one waited for a muse to arrive. They. Just. Worked. I’d be lying if I didn’t mention my being a bit surprised by it all. But the fantasy I signed up for and the reality I entered became mine. My way.

I’ve worked at different paces and levels through the decades. There were moments I actually did make one frame at a time, end to end. Those dots have long lines between them. Because no matter who’s in office, or what season it is, or if I’m an Eddy fan, a Celts fan, or a UCONN Women’s fan – I keep coming back to making things in batches. It suits me. And it’s how work gets done. 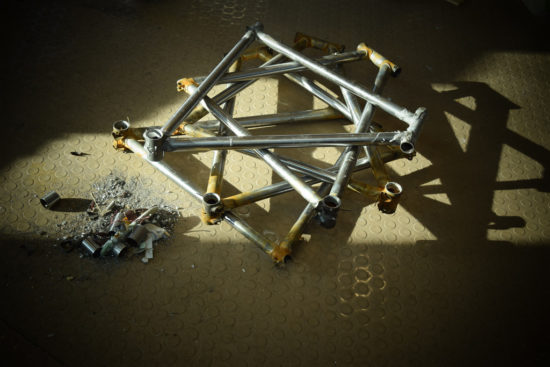