I’m never not working even when I’m alone away from all of it and nowhere near metal. In recent days as if it should take so long to grasp, I think about how I’ve never had a real job or at least one that’s lasted more than a couple of months, certainly never one I got a weekly check for. The longest I lasted anyplace after leaving The Peddie School was less than a year. And while it was real, it wasn’t. I wasn’t even yet twenty. I’m thinking about my life as a bicycle maker – one I didn’t plan I never planned – is just one long full immersion. Me being delivered each year to the one that follows. It’s what I’m used to. I don’t know anything else. But as much as the lack of a boss or staff to answer to makes me feel different than a day worker or someone with a career I don’t spend time dwelling on it. Except for now. As in, tonight. And in the morning I’ll continue where I left off. Thing is I can’t recall being away long enough to leave anything off. But none of it is work. It’s not work. It’s what I do. My life (so far). 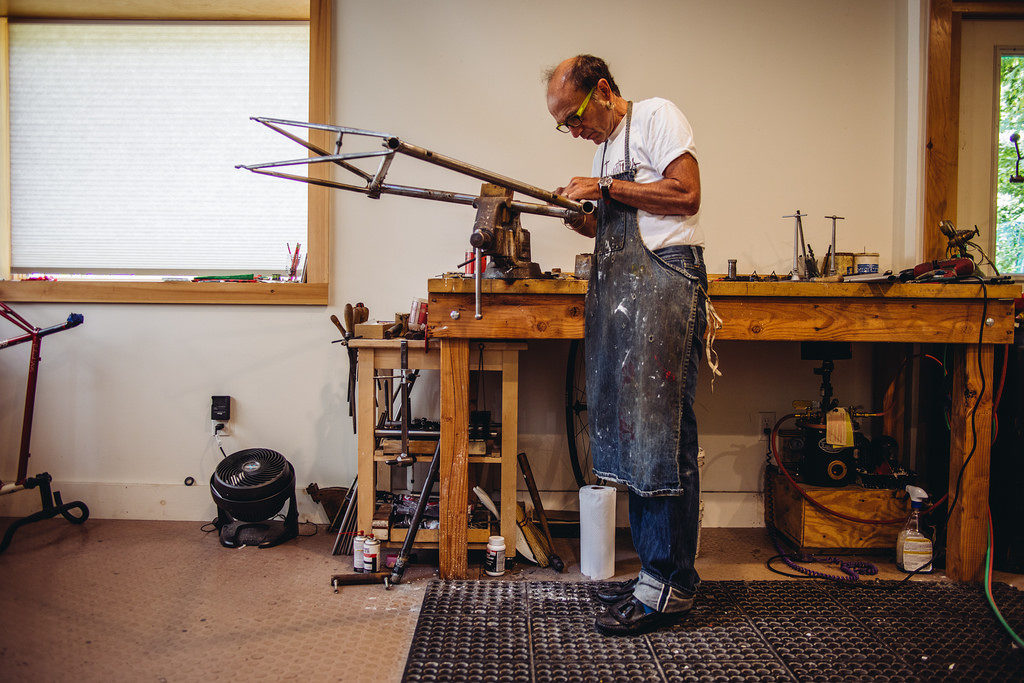