A Nervex Ref 32 bottom lug. From arguably the most elegant set of lugs ever made. I brazed up about a thousand of these until the middle 1980s until I finally succumbed to the IC era.

The 32s took a lot of labor to get from the as-delivered state to one as beautiful as shown here. For me, it was a good hour per side to remove the perimeter metal that didn’t fit my vision for the finished piece. Then thinning them down was almost as much time. But it was worth it. Just look at this picture. Study it.

No other lugs fit as well, were as versatile, or held heat better. They were perfect. And I don’t say that often about many things.

I spent a lot of time with the Nervex Ref 32 lugs and believe they are the Norma Desmond of our supply chain. “I am big. It’s the pictures that got small.”
. 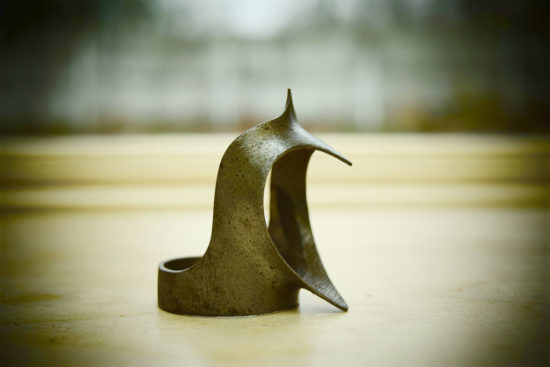 « On The Road
Derivatives »