I first designed lugs in 1981 when an alliance I had with my supplier, Takahashi Press Company Ltd, led to a collaboration. Prototypes I made would become the launching pad for a new line of parts they were introducing. The company was moving production of some its items made using the bulge forming process to what was referred to as lost wax casting.

For this project, I reworked some Nervex Ref. 32 lugs that I had been using for the previous seven years. The ideal was to produce these shapes in a ready-to-use version. Prior to the investment cast era, framebuilders were not just brazers and assemblers; they were metalsmiths too. It was part of the job to take small, pressed steel products from no-name European companies, rework them to look more beautiful, machine them so that the interference fits between them and the tubes they held would be improved, and also make them fit frame designs of the day. And – after the hand labor required for this – the frames still had to be built. The Takahashi project that I was involved in was the first to take some of the labor out of the intermediary tasks of framebuilding by producing higher quality raw materials for the trade. Lugs that fit better, had consistent quality and ones that were available with a higher degree of finish and were more beautiful – these were the goal, and I am proud to have been part of that. The first versions hit the market in late 1983. 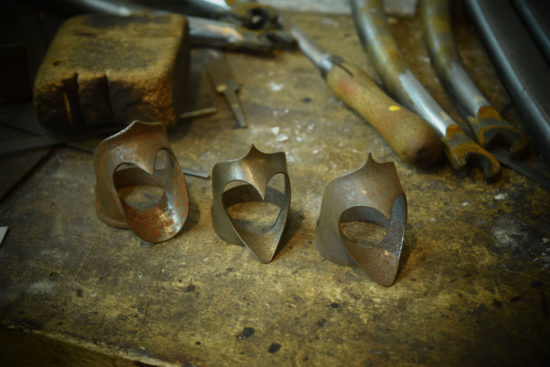