Richard Sachs: Sustaining As A Process

Building a frame – that is, learning to build a frame – in the 21st Century is easier than ever. There are many cats online who regularly share their ideas and picture links. With little effort one can find message boards and listserves that discuss framebuilding techniques and procedures. And there are actual places that charge money in return for a course or a primer on the subject. Learning to build frames is not that easy. This task necessitates having a broader knowledge and skill set than needed to do just the one. Typically it also suggests that others are involved, not just the person learning to make that one frame. Making that one frame and making frames are polar opposites according to my opinion. And while it is more than possible to do the former, the latter might be more difficult now than in preceding eras.

I have been standing at a workbench making frames for some time now. While it did take me many, many years and well over a thousand units to feel comfortable in my skin, it did eventually happen. Everyone has his own learning curve and mine took a long time before it resembled a straight line. In the same way that making one frame is easy in contrast to making them, it’s much easier to make them than it is to sustain a career as a professional framebuilder. My learning curve has encompassed this is spades. While there can be many variables and directions one can take to make it work, the most important component is this: listen to your own voice only. In my commercial life, the first decade was one of learning and absorbing. It was also a time in which the signal to noise ratio was at its highest. There were many who came before me, and in the early 1970s there were a fair number of folks alongside me. To determine where I would ultimately fit, I had to develop filters and let my own fate happen. The three decades that followed that first one have delivered me to a place where I am more than comfortable sharing and letting others know what’s on my mind.

To get to the proverbial other side where the business of framebuilding is easier than not, I have concluded a few details have to be in place. I was once asked to distill my experiences into a single piece of advice for younger builders, and my reply consisted of a sing-song answer:

Use what you know.
Make what you use.
Know what you make.
Sell what you use.
And never look up to see what anyone else is doing.
No matter how wide the net is cast, all that matters is what you think.
If you ever second guess yourself, pause until you don’t atmo.

Framebuilding is far less a fabrication process and more one of specialization and focus. Each of us has a particular drive and interest that called us to the trade. Making all things for all people – as in, letting the client create the design, pick the metal and method of joining, or similar – these are misplaced notions that somehow find ways into the conversations about custom framebuilding. There are only two players in the equation and if the client knows more about what goes where or how to achieve it, something is awry. I am sure a name or brand that will do anything for anybody can be cited, but I wonder if these are sustainable business models. Focus on what brought you into cycling and into the trade, focus on it some more, and find a way to own it. Before long, the folks you want as clients will find you, and you can make the frames you want to make rather than those you have to make. To a man, I have never met a framebuilder who enjoys the task if a design, or a client, or – in some cases, even a chosen paint scheme doesn’t resonate with him. We are all creative and independent, and, in many cases, work in a solitary environment. Choosing this path and then have to do something (just) for the money is counterproductive and counterintuitive. According to my opinion, it is a gift to be able to make frames and get paid for them. For the gift to have enduring value, focus on doing what you want to do – otherwise it’s just a job. Period.

To keep a framebuilding business enjoyable, vibrant, and lasting, a balance between making and selling has to be struck. Regardless of our unique situations, one thing is true: clients need attention. It took me a long time to reconcile this. I spent what seems like decades simultaneously filling orders and being a concierge, a coach, a color theorist, a BFF, a shrink, and all things in between. I love that I have a clientele, but my true passion is with the metal not with the user. But to stay in business I need both. In my later years I developed a routine that allowed me to have my cake, enjoy it, and even have second helpings. Note: if there’s a single business tactic I embraced sooner rather than later it would be what follows. Articulating it in 1s and 0s text might make it seem über-perfunctory, but in practice it has been the best choice I have made in a long time and has kept me sane.

Take orders and deal with clients once a year. Well over a decade ago I began to feel strangled by the numbers as well as the amount of information that I had to manage, and still be at the bench making frames. I decided to make a change going forward regarding my method for dealing with new business. No matter who inquires, or what the time stamp is, if it’s about placing an order, I use a boilerplate reply that’s tweaked for the recipient that says, essentially, this:

I accept orders during a two week period each January. It’s easier for me to manage information and money if all the transactions arrive in the same time period.  Please write back after the first of the year and I will send the pdf file that has the ordering details.
Thanks.
e-RICHIE
https://richardsachs.com

What I have found is that, to an inquirer, more respect is afforded the system because it becomes clear that, rather than spend countless exploratory exchanges about what I do, or what they want, how many shades of green my painter stocks, or similar – it’s clear that the time allotted is a better use of it just once in the coming January, when all scores can be settled. When the window of time closes, I can focus on the other fifty-ish weeks a year without distraction. Lather, rinse, repeat.

When folks do call back in, they are sent a PDF file, an email text, and a list of Terms of Business. Included are such caveats like 1) the deposit holds a space in the queue and is not transferable, and 2) no specs are sought or needed until a month or so before the name appears in the queue. This second point has been in effect since the early nineties. The salient message is that anything past a name and some contact info becomes noise, and noise gets in the way of administrating the actual order. It also gets in the way of the frame I am currently working on. I owe the client waiting for that order all of my attention and it shouldn’t be distracted with information and details regarding frames scheduled to be made a future date.

My experience is that folks covet and expect what you are making today, not months or years ago when the order was placed. We, as framebuilders, do not want to reproduce older iterations with material and design elements that have since evolved. To simplify procedures, I keep deposits to an absolute minimum. Each is filed separately and not considered income until the day the order attached to it is delivered. I never lock in a price because I rarely know what my materials, operating costs, and overhead will be in the future. Lowering the barrier of entry and keeping the fiscal handshake to a small and reasonable amount ensures that no one thinks the project is financed by it. Beginning in 1976 and for nearly three decades, my terms were half down, balance upon completion. Being the steward of that much money belonging to others is a noose, not a gift. It took me many years to get to a place where my shop time is used efficiently, my personal life has balance, and I can make money.

When I was a teenager entering the trade, it was difficult to get answers to questions that sprung from the enthusiasm for my new found passion. It was as if I walked into  a Military Officers’ Club or some inner sanctum of Board Members in which many were tired, or jaded, or too consumed to care about the next in line. My perspective is different. There are no secrets. I can’t teach you how to make frames. I can show you how mine are made. And I can also share my points of view about how I connected the dots. Maybe you can have a sustainable framebuilding business too. I hope so. 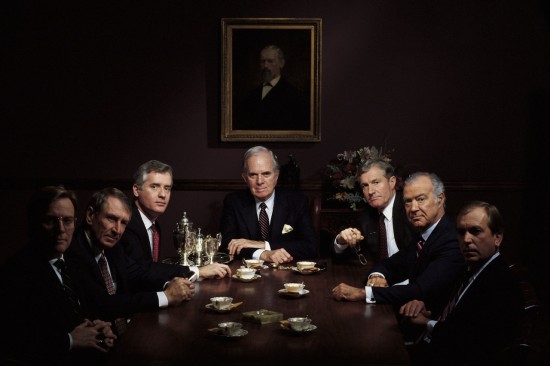