Richie-Issimo top lug sample circa (that’s Latin, by the way…) 2001. It took months of introspection, file strokes, fits and starts, and rearranging my vision before I signed off on this. The curves, the valleys, the points, the scale of the window decoration (not visible in the image) all taxed my patience. But I never gave up. I was done with using parts designed by committee. I was tired of the lack of initiative being taken by the industry at large to add to the table we all sat at. If my trade was going to shrink and be further relegated into the margins, it would eat its own self scrambling for whatever was left from the last generation. That was simply unacceptable atmo. The Richie-Issimo lug set was my initial foray into self-preservation. Once this metal piece was completed I did two more for the other frame joints. It’s no small task taking a design element and lacing it through three opposing components, but that’s the only was these would be a true set. They were boxed, sent to the foundry in Taiwan, and the Post-it in the envelope had the words, “Don’t deviate one bit huh.” That is how I entered the third quarter some 15 years ago. Produce shit or die.
. 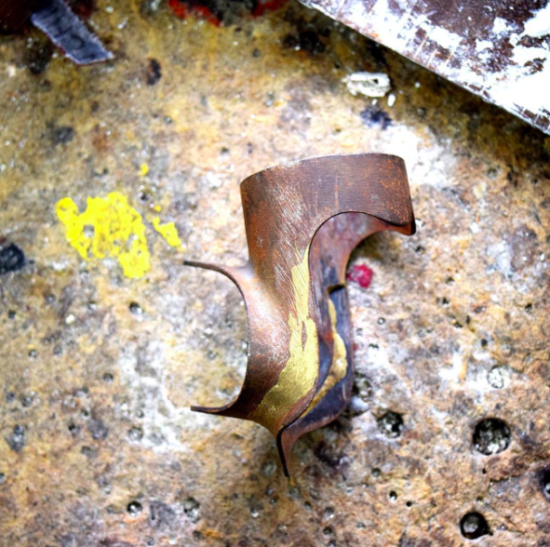