In 1999 Cigar Aficionado printed a near 3,200 word article about the custom bicycle and those who made them. Marc Wortman touched on the times saying, “These craftsmen are an endangered breed. The efficiency of modern production technology, the complexity of working with popular space-age materials such as carbon fiber and titanium, and the small compensation for their efforts have all but wiped out the traditional bicycle builder.” To my mind the decline began nearly a decade earlier.

Despite the small renaissance my niche is seeing, it’s without question not the the one I entered as a nineteen year old. There’s a minimum of training and an even bigger lack of focus. Few makers now have a sense of the trade’s history. It’s common to start a label with no experience at all. But somehow, bicycles are still being made by hand.

It’s no less a joy to be part of the landscape than it was forty five years ago. The personalities are different. The synergy between the sport and what we do in the studio has all but vaporized. And nobody makes forks anymore. But people continue to fill commissions for those who queue up.

There have been moments when I’ve called out the pretenders, tried to (and did) mentor some who showed potential, and even thought about giving the whole lot the Heimlich Maneuver. Things change. I can’t control that. Or fight it. Men and women are coming to the bench now with different motivations than I had then. And traditions continue.
. 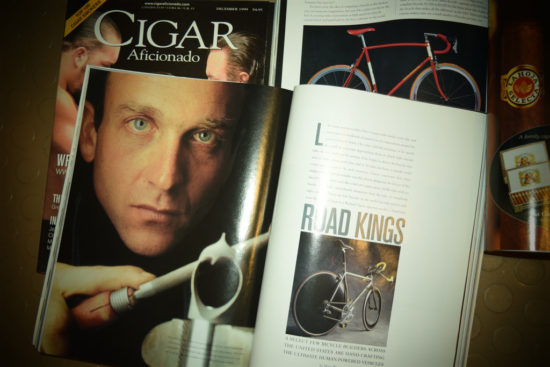