Stuck In The Middle

When does the next door open anyway – I’ve been here waiting, huh. This very question has been on my mind for a while. On my ride this morning it seemed to replace whatever tunes normally heard when I’m out on two wheels. Bicycle riding is a way to cleanse the mind and exorcise demons. As soon as I turned the first corner this morning, rather than hear music all I got was conversation – it was me talking with myself. Such dialogues are not the routine, but since I relocated almost three years ago, I remain unsettled so suspect the chat has to take place. On many levels, despite leaving Chester for Warwick I feel like I am still trying to unpack.

I am not sure if it’s a time-spent–here thing or just an accumulation of memories. I turned 19 years old in the Connecticut village I left in late 2009. A combination of some 35 years in one place along with so many wonderful experiences has all but become me. So how do people move on? The relocation to Franklin County was long in the planning stages and well thought out. My new home is beautiful, the setting serene, and the community both open and open-minded. I like it here. So why am I talking to myself when I should be hearing a melody? I got dressed and went for a bicycle ride but I ended up in therapy. Several issues have to be reconciled and brought to closure before I can hear the next song.

Today I took my first bicycle ride since December 11th, the Sunday of my last race. It’s not unusual to take time away from cycling and do different things, both to rest the legs and mind as well as to finish so many chores left undone during a five month season of competition and travel. Since that last ride I have stayed active hiking, doing other forms of exercise, and trying to remind myself that I am a cyclist and a racer even when I don’t have a number pinned on. But getting back on the bicycle this morning felt different; it felt different physically if for no the other reason than it’s been three months since I did this. And it was different because a conversation with myself ensued and it got in the way of the music I thought would be playing.

When I left my last life I thought a new one would begin. Really – I did think that. But it’s been work to get from there to here, and I haven’t arrived yet. I want to have a routine and new experiences but I find myself continually walking a tightrope between two points in my life. I don’t so much miss what I left as wonder why I haven’t been able to let it go. Because of this, it’s hard to fully appreciate what I have now.

The transition is simultaneously physical and mental. Getting on the bicycle after a three month rest reminds me that I don’t have last year’s body, much less the one I had at any other time in my life. Today’s ride made it clear that the fitness, the racing weight, all the good rides – many wins and podiums among them, the suppleness, and the ever-important tan lines are a memory. To trick myself into thinking I can bring all of them with me into a 2012 body would only be misleading to me. The same is true for the other baggage. I have to find a way to give it away so that I’m no longer carrying so much of it forward. It’s just that simple.

It’s been more than two years that I have felt stuck in the middle. It’s not a comfortable place. There have been some great and memorable times during this transition but today I was reminded me that I keep expecting a door to open. I’m uncomfortable looking back through one that should have closed a long time ago. Just before I turned for home this morning, it seemed like the conversation was over and a melody was about to start. Tomorrow, I’ll try to ignore the voices and hope a tune replaces them. Any forward motion requires energy. I’ll use some of that energy to open up the next door. 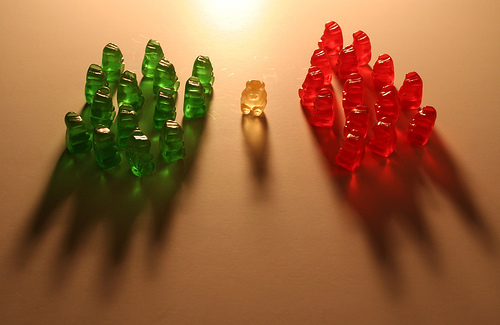