I started the next commission before the ink on that last one was dry. It’s been a long while since I’ve worked so much and been as productive. Feels good. This one is a 61cm road frame. Nothing out of the ordinary. Except in contrast to the last five, it’s for someone whose taller than 6′. Frames of a certain size range seem to go together easier and also build themselves. I’ve felt that way since 1973. Before that, I didn’t have a clue since I was still looking for any crumbs left from the wisdom of others. Those first several years were about watching American Bandstand and wondering what parts I gotta shake to look that cool when the music played. I gotta tell ya’ – the rhythm thing is an acquired taste. Maybe it’s a feel. But when it finally comes, you hear the sound more crisply and react in ways that should be banned. Making things is like that. You wanna make, but you don’t know. So you watch and watch and try to find that inner switch that works the osmosis machinery. I thought I found mine early. But was only fooling myself. And others. In the recent weeks it’s come back in spades. The switch is flicked on. 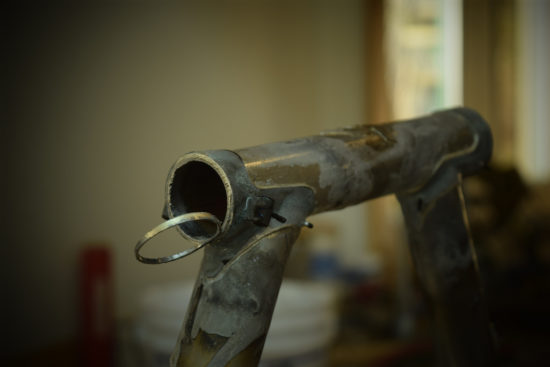