There comes a time in every maker’s daily work when the anxiety level rises to the point of screaming. Maybe the words are: “What do I have to do to get to the next level?” After ten years at the bench, my thought bubbles included these. After twenty years, my hands picked up the tools and tried. Started trying. I didn’t have a place to go. I wanted to leave where I was. I convinced myself of this. Where was next? Start imagining. Grab parts. Files. Channel some inner craftsman who doesn’t exist. And force him out.

In 1992, this is what force looked like. Some parts that never were finished. Because they are finished. Years spent looking for lines and curves that moved every time I got close enough to believe I was there. Finally there. The harder I tried, the more the results stayed in the shadows. Until I finally stopped trying. And when I did, a light appeared.

We all come to work with a different vision. After so many years, I’ve forgotten what mine is. But it’s a lot easier to see it now. 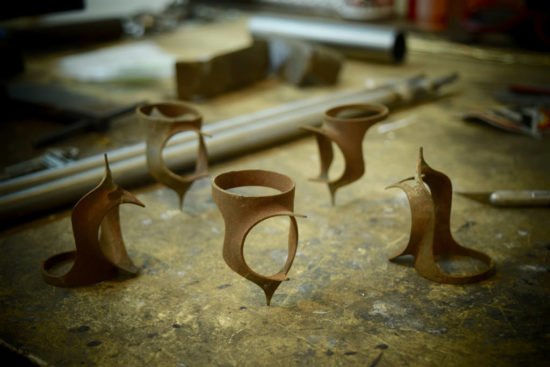