I recently had a lovely 3 day weekend in Ulster County. Darren planned Bike Prom and seven of us just showed up with more food than we’d eat, divided the costs, and rode. And rode. It’s been too long since I had a boy getaway. I don’t get out of myself often so the time spent with pals was a positive. More than that. I grew. I thought. I reflected. I came away enthused.

Riding has always been tied to racing, even when there’s no season in sight. I rarely ride just to ride. I have. But not a lot. These three days in The Gunks were as hard as any training block I’ve ever done. Mostly because of the severity of the climbs. But mostly the distances. But mostly because I gave away many years to these cats. I’m simultaneously being summoned and dragged into the forth quarter.

As the days got longer and the grades steeper, I started to play the age card. I’m not ready to slow, or have dinner at 4:30. But I see a time when the gears won’t turn as well or efficiently. I’m coming to terms with the competitive side, that part of me that’s always been three weeks away from being race fit – coming to terms with that trying to best others isn’t all it once was. That it’s no longer a way to measure myself.

And the picture of my studio? Since returning to Connecticut in 2016 I’ve had pangs to take the energy I throw at my sport and dedicate it to the work I’m doing and will someday leave behind. Life in the lower river valley is sublime. I have this spark again. And the best workroom of the five I’ve entered since the early 1970s. I’ve spent more time standing at my bench than I have since Y2K.

The weekend was a coming of age thing of sorts. I’ve been wrestling with my identity on the bicycle for a while now and the toll taken by the rides was telling. I may have a season left in me and will only know come September whether I’ll pin on numbers, or won’t. Either way, this place, this space I go to every day, is my new obsession, my finish line.
. 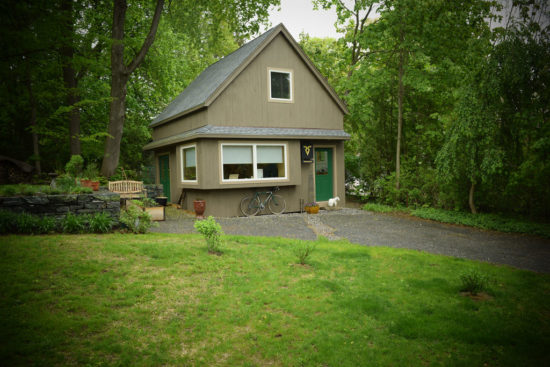